A $2-billion lawsuit against Loblaws Companies Ltd., arising from the world’s deadliest accidental building collapse ever, is essentially tossed out of court.

Canada’s high court announced Thursday it will not hear an appeal from Arati Rani Das, a garment factory worker who was seriously injured and whose mother was killed in the 2013 Rana Towers collapse near Dhaka, Bangladesh. 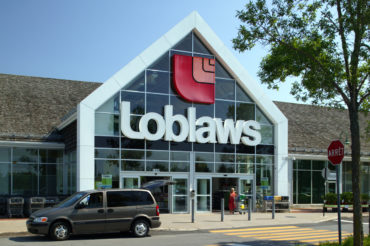 Pearl Global, which supplied clothing to Joe Fresh, outsourced some of its work to New Wave Style Ltd. and related company New Wave Bottoms Ltd. New Wave was operating garment factories at the Rana Plaza in Savar, Bangladesh in 2013.

Loblaws does not own or manage Rana Plaza but plaintiffs alleged Loblaws was vicariously liable for negligence on the part of suppliers and sub-suppliers.

In essence, Justice Paul Perrell of the Ontario Superior Court of Justice found Loblaws and Weston could not be vicariously liable for the Bangladeshi workers’ injuries. His ruling, Das v. George Weston Limited, was released in 2017 and dismissed the lawsuit. That ruling was upheld in 2018 by the Court of Appeal for Ontario.

Das applied this past February for leave to appeal to the Supreme Court of Canada.

The defendants’ original cost award of $1.35 million was knocked down by 30% in 2018 by the Court of Appeal for Ontario.

Had the class action been approved, the class would have included all survivors of the collapse as well as the families of those who died, provided they attorn to the jurisdiction of the Ontario Superior Court of Justice.

After the plaintiffs asked Justice Perrell to certify the lawsuit as a class-action, the defendants moved to have it dismissed on the grounds that it is plain and obvious that it cannot succeed.

Among Perrell’s findings in his 2017 ruling were that the plaintiffs have no viable cause of action.

The Rana Plaza was evacuated April 23, 2013 by Bangladeshi police after cracks were discovered in the pillars. But later that day, managers at New Wave ordered its workers to return to work the following day and threatened to fire them if they did not, Justice Kathryn Feldman wrote for the Court of Appeal for Ontario in its 2018 decision.

Rana Plaza collapsed at about 9:00 in the morning of April 24. More than1,130 died and 2,520 were injured. It was the “deadliest accidental structural failure in world history,” Justice Perrell wrote in his 2017 ruling.

Among the injured were Das, Rehana Khatun and Mohamed Alauddin, representative plaintiffs in the Ontario class action.

They claim Loblaws is vicariously liable for any negligence on the part of Pearl Global and New Wave because Loblaws exercised considerable direct and indirect control over New Wave’s operations at the Rana Plaza.

But both Justice Perrell and the three-judge appeal court panel noted that New Wave is not a subsidiary of Loblaws.

Key to the rulings were the finding that New Wave is not an independent contractor of the sort that could trigger vicarious liability.

“Loblaws was not directly involved in the management of New Wave or in the process of manufacturing the products. Loblaws did not have control over where the manufacturing operation took place. Loblaws’ only means of controlling New Wave was through cancellation of its product orders from Pearl Global,” Justice Feldman wrote for the Court of Appeal for Ontario.

In his 130-page ruling in favour of the defendants, Justice Perrell discussed a wide range of issues including Bangladesh’s statute of limitations.

The 2018 Court of Appeal for Ontario ruling was not entirely in favour of the defendants.

Originally in 2017, Justice Perrell awarded the defendants costs of $1.3 million. That was knocked down 30% on appeal. Ultimately, the defendants costs must be reimbursed by Ontario’s Class Proceedings Fund, which provides financial support for some class action lawsuits in the province.

Justice Perrell should have ruled that the lawsuit involves a matter of public interest – meaning that plaintiffs who lose the case would get somewhat of a break on the cost award – the Court of Appeal for Ontario ruled.

Justice David Doherty explained why, writing for the Court of Appeal for Ontario in the portion of its decision discussing the cost award.

“The Rana Plaza tragedy, and the Canadian connection to the ready-wear garment industry that operated in Rana Plaza, sparked discussion in Canada about the social, moral, and legal responsibilities of Canadian retailers and the Canadian government to workers whose efforts ultimately benefit Canadian businesses and consumers,” wrote Justice Doherty. “Various organizations urged Canadian businesses that profit from the industry and the Canadian government to become involved, not only in providing relief to the victims of the tragedy (which Loblaws has done in a very significant way), but also in working towards the long-term improvement of the wages and working conditions in the ready-wear garment industry.”

Of the people who died and were injured in the 2013 building collapse, about 1,600 worked for New Wave. Another 1,142 were employees of other garment businesses operating out of Rana Plaza while 439 persons just happened to be in or around the building at the time of the collapse.

Although Rana Plaza was used by garment factories it was actually not designed for industrial use, Justice Perrell wrote.

“Bangladesh has an abysmal record of enforcing workplace safety standards and has allowed residential apartment buildings to be used for commercial and industrial purposes for which they are not suited.”