Toronto City Council voted Tuesday to authorize staff to enter into a three agreement with ClaimsPro LLP to provide adjusting services to the city. 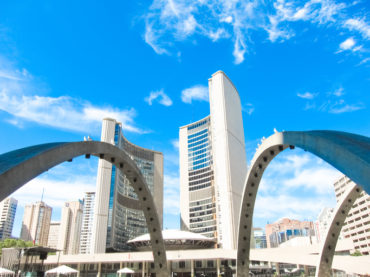 ClaimsPro, owned by SCM Insurance Services Inc., was one of four adjusting firms to respond in November to a request for proposals for adjusting services for public liability, automobile and property damage insurance claims.

Tuesday’s vote authorized Farag to enter into a three-year agreement with ClaimsPro starting April 1, “for an estimated total cost of $10.9 million net of all taxes and charges, based on the terms and conditions set out in the Request for Proposal and in a form satisfactory to the City Solicitor.” Council also authorized an extension to an existing agreement for ClaimsPro to provide adjusting services for claims “received prior to and not yet settled by March 31, 2017, at an estimated cost of $7.1 million.”

In a detailed technical evaluation, the adjusting firms were evaluated on their proposal content and a minimum score of 49 points was required for them to be evaluated further.

Of the four firms that were evaluated, “only Claimspro LP and Sedgwick Canada met the minimum threshold score of 70% (or 49.0 points) and advanced to Stage 3 of the evaluation process,” according to the staff report.

When preparing for the RFP, “pricing for insurance adjusting services was based on an average 6,700 claims/incidents the City received each year, broken down approximately as follows: public liability: 5,000, automobile: 1,510, property: 190,” Farag and Pacholok wrote in the report. “As a result of the variable and unpredictable/unforeseen nature of insurance claims i.e. weather related claims, high winds causing tree limbs to fall, snow and ice on sidewalks and heavy rains which cause flooding, claims volume and therefore resultant expense of adjusting insurance claims is unpredictable.”

A rain storm July 8, 2013 “generated over 7,000 public liability claims on its own and property damage claims sustained to the City’s own property approached $10 million,” according to the staff report. At Toronto International Airport, the normal rainfall for the entire month of July is less than 75 millimetres. But on July 8, 2013, two separate storm cells hit the Toronto area. The airport got more than 125 millimetres of rain. With insured losses, including sewer backup, of about $1 billion, the July 8, 2013 rain storm was Canada’s fourth-most expensive natural disaster to the P&C industry, behind the Fort McMurray wildfire, the 2013 floods in southern Alberta and the 1998 ice storm affecting Eastern Canada.

About “4,300 claims received prior to the adjusting services contract expiry date of March 31, 2017, remain open,” they added in the report.

The November, 2016 RFP “implemented the recommendations” from an October 2011 report by then-City of Toronto Ombudsman Fiona Crean, Pacholok and Farag stated in their report.

Crean said in her 2011 report that her office received a “steady stream of complaints” about third-party liability claims filed against the city. At the time, Granite Claims Solutions was handling adjusting services, she wrote. In 2014, SCM acquired the property and casualty business of Granite Global Solutions. Granite Claims was formerly known as McLarens Canada and before that as Ponton Coleshill Edwards & Associates.

Most of the complaints to the office of the ombudsman, about third-party liability claims, were related to potholes, sewer backup and falling tree limbs, Crean wrote in 2011.

“We found automatic denials without an investigation; denials based on no evidence; poor communication with claimants; and files closed without contacting the claimant,” Crean wrote in her 2011 report. “The issue here is not whether claims should be paid out but rather that claims should be processed in keeping with procedural fairness requirements.”

More News
Related
OneEleven and Aviva Canada to host Canada’s “first ever” DisasterTech Hackathon
Insured losses from Hurricane Hermine will likely not exceed US$400 million: RMS
Business interruption, property damage and general liability critical risks to global growth, new study finds
Cyber line expected to be one of the leading P&C growth areas in the U.S. over the next few years: A.M. Best