The Toronto Insurance Conference announced Thursday that applications for its scholarship program are due Sept. 8. 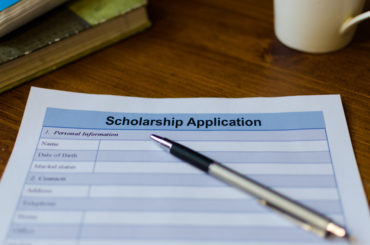 TIC, an association of Ontario commercial brokerages, started offering three scholarships per year in 2013 in order to encourage young people to consider a career in insurance.

Recipients are announced each fall at the John E. Lowes breakfast at the National Club. The scholarship program is managed by the Insurance Institute of Ontario, to which applicants submit their applications.

Selection is based on marks, financial need, contribution to school, community life and/or other meaningful pursuits, major accomplishments and “a strong indication of academic promise.”

Applicants must be either sponsored by a TIC broker (with the sponsor being a member of the Insurance Institute of Ontario) or “able to show a clear intent towards a career in an insurance brokerage.”

The program is open to people entering their second year or higher of a full-time university undergraduate program in Canada. Applicants must submit transcripts along with their application. Scholarships are conditional upon recipients completing their current school year with grades consistent to prior years.

The “broader purpose” of the scholarship program is to “expose young people to career opportunities,” Brooke Hunter, TIC president for 2014-15, told Canadian Underwriter in October, 2013.

Two years later, Sean Duggan – TIC president in 2016-17 – told CU that TIC is “really trying to increase the profile of the scholarship.”

With the scholarship, TIC promotes the message that “the commercial broker profession is a career of choice and influence to benefit businesses and consumers,” Duggan told CU shortly before assuming the role of TIC president.

In November, 2016, Duggan presented Ryan Vetro, Jasmine Wright and Robert Duncan (students at University of Guelph, McMaster and Queen’s respectively) with one $3,500 scholarship award each. They were presented with their awards at the John E. Lowes awards breakfast held at the National Club on Bay Street in Toronto.

Applicants are eligible to receive a TIC scholarship a maximum of two times.