A proposal to ask the Ontario government to order a shutdown, earlier than scheduled, of a nuclear power plant situated less than 10 kilometres outside the Toronto city limits, is on the agenda for a June 28 meeting of City Council’s executive committee. 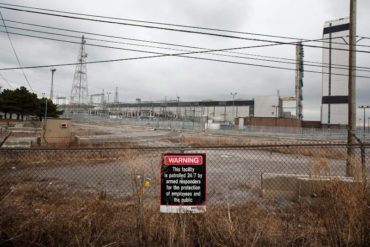 A motion, that “City Council request the Government of Ontario to direct Ontario Power Generation to close the Pickering Nuclear Station on August 31, 2018 when its existing Canadian Nuclear Safety Commission licence expires,” was referred June 8 to the executive committee, which meets next Tuesday.

“The Pickering Nuclear Station was expected to shut down on August 31, 2018 when its existing Canadian Nuclear Safety Commission licence expires,” states the summary provided with the motion. It was moved by Glenn De Baeremaeker and seconded by Gord Perks. De Baeremaeker represents Ward 38 Scarborough Centre, about halfway between downtown Toronto and Pickering, while Perks represents Ward 14 Parkdale-High Park, in the southwest corner of the old city of Toronto. Neither Perks nor De Baeremaeker are on the executive committee.

Two years earlier, in its long-term energy plan, the government said it expected the Pickering plant to be in service until 2020.

The executive committee is comprised of 13 city councillors. Concerns about the Pickering nuclear plant were also discussed by the committee last December. At the time, the executive committee voted to ask Toronto’s manager, in consultation with the Medical Officer of Health and the Office of Emergency Management, to report to the committee on “the appropriateness of” a 10 kilometre “primary response zone” for distribution of Potassium Iodide pills.

“This year will be the first year residents who live within 10 km of a nuclear power plant will be mailed a package of Potassium Iodide (KI) pills – also known as RadBlock,” 11 councillors wrote in a letter in 2015 to Mayor John Tory and the executive committee. “The pills are meant to help prevent the thyroid from absorbing radioactive iodine, which travels quickly as a gas in a nuclear disaster, therefore reducing the risk of thyroid cancer.”

In that letter, the councillors said the “best practice internationally is to have a much larger primary zone including up to a 50 km evacuation zone.”

In their motion, De Baeremaeker and Perks noted that two million people live within 30 kilometres of the Pickering plant.

Pickering is one of four nuclear power plants currently producing electricity in Canada and one of three in Ontario. The only one outside Ontario that is currently supplying electricity is NB Power’s Point Lepreau plant, on the Bay of Fundy about 50 kilometres west of Saint John.

A fifth – the Gentilly station on the St. Lawrence River southeast of Trois Rivieres, Quebec – was shut down in December, 2012 and has yet to be decommissioned.

The other nuclear generating stations in Canada are OPG’s Darlington station – on Lake Ontario about 20 kilometres east of Pickering – and Bruce Power LP’s station on Lake Huron about 50 kilometres north of Goderich.

The majority of insurance for Canada’s nuclear operators is written by Nuclear Insurance Association of Canada, an association of insurers that form liability and property damage pools for nuclear installations.

The federal Nuclear Liability and Compensation Act makes nuclear operators liable – without requiring claimants to prove fault or negligence – for injury or damage to third parties resulting from the fissionable or radioactive properties of the material that they hold. That law, which received royal assent in February, 2015, “sets the absolute liability limit of an operator of a nuclear installation at $1 billion, an amount that will apply to nuclear power plant operators,” Natural Resources Canada states on its website.

One incident outside of Canada that caused a release of radioactive gases was the March, 1979 failure in the non-nuclear section of the Three Mile Island plant, on the Susquehanna River near Harrisburg, Pennsylvania. Dick Thornburgh, then governor of Pennsylvania (and now a Washington, D.C.-based lawyer for K&L Gates LLP), announced March 30, 1979 that he was advising pregnant women and pre-school-age children within a five-mile radius of the plant to leave the area,” the U.S. Nuclear Regulatory Commission stated in a backgrounder.

“What a lot of people don’t understand about (Three Mile Island) is that is there was never any actual health implications of it,” Stanley Berger, an environmental lawyer with Fogler Rubinoff LLP, told Canadian Underwriter earlier. “Yet there was something like (US) $85 million worth of claims under insurance. Why was that? Because preventative measures were taken to avoid the consequences of a nuclear incident.”