Transportation Safety Board investigating 12 marine incidents in Canada, attributes some deaths to lack of risk assessments

Three weeks after it expressed concerns about the “safety culture” in Canada’s fishing community, the Transportation Safety Board of Canada noted Thursday it is investigating 12 marine incidents. 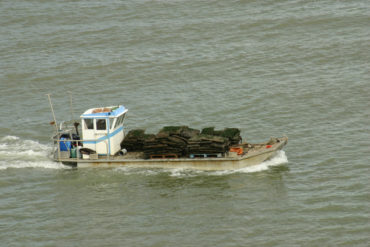 TSB reported on Twitter it was investigating the occurrences “from coast to coast.”

Canada’s fishing community “does not yet have a strong safety culture,” TSB said July 20 in its annual report to Parliament. TSB, a separate organization from Transport Canada, investigates incidents involving air, rail, marine and pipelines. It does not determine criminal or civil liability.

Loss of life on fishing vessels is one of eight issues on the watch list, TSB said July 20 in its annual report to Parliament.

Among the incidents that are under investigation include the April 29 tragedy when an oyster barge experienced a crane failure near Poplar Grove, Prince Edward Island. One person died.

During that time, TSB issued a total of 65 safety communications, including seven recommendations, 22 safety advisories, 33 safety information letters, and three safety concerns. One safety concern was in marine while two were in rail.

Despite the concern about safety culture in the fishing community, TSB said July 20 “there are encouraging initiatives across Canada with the continued promotion of local governance.”

But over the last several years, TSB said it has reported that “the lack of personal flotation device usage, lack of emergency preparedness, and lack of risk assessments have all contributed to recent fishing fatalities.”

There were 19 marine fatalities in 2015. Six were on fishing vessels. Another six were from the sinking Oct. 25 of the whale watching vessel Leviathan II near Tofino, B.C.

Since 1990, the TSB has reviewed responses to 566 recommendations. More than three-quarters (444) have “fully satisfactory” status while 28 (about one in 20) are unsatisfactory.

Among those with unsatisfactory status include a 2004 TSB recommendation that Transport Canada “take steps to ensure that small passenger vessel enterprises” have a safety management system.

For example, in a report into an incident on La Relève II – issued in November, 2015 – TSB said that vessel “lacked written emergency procedures, formally assigned emergency duties, and training in these duties.”

La Relève II was on a sightseeing cruise with 33 passengers and two crew members on Aug. 11, 2014. A fire broke out and everyone abandoned ship. Two passengers were taken to hospital.

In its investigation report on that incident, TSB noted that a safety management system, “helps to ensure that individuals at all levels of an organization have the information needed to make sound decisions in both routine and emergency operations. ”

In its July 20, 2016 report to Parliament, TSB said that of the 28 recommendations with unsatisfactory responses, 24 are in marine and four are in air.

No recommendation in rail or pipeline had an unsatisfactory response. There has never been a fatality in Canada involving a pipeline incident since the inception of TSB.

One aviation recommendation with a response deemed unsatisfactory was issued in 2008. That was for Transport Canada to “ensure that passenger carrying commercial balloon operations provide a level of safety equivalent to that established for other aircraft of equal passenger carrying capacity.” TSB made that recommendation after an investigation into an accident near Winnipeg in August, 2007 that caused three serious injuries. TSB reiterated that recommendation in a release Aug. 5, 2016. Six days earlier, 16 people died in Texas after a hot air balloon hit power lines.

Another aviation recommendation with a response deemed unsatisfactory was to “require crews to establish the margin of error between landing distance available and landing distance required before conducting an approach into deteriorating weather.”

That recommendation was made in 2007 in a report on a 2005 incident in which an Air France airplane overran a runway after landing at Toronto International. No one was killed but more than 30 had to be taken to hospital and much of the fuselage of the Airbus A340 was consumed by fire. The airplane landed 3,800 feet down a 9,000-foot runway, in heavy rain, after deviating above the glide path, while the wind direction was changing. Another airplane had reported poor braking performance on the runway and the “visibility became close to nil near the threshold,” TSB reported in 2007.

On July 20, 2016, TSB said in its annual report to Parliament it has “urged” Transport Canada to “move ahead with regulatory changes to guide airports to develop tailored solutions to lengthen runway end safety areas (RESAs) or implement other engineered systems to stop planes that overrun. Action on these issues continues to be delayed.”

TSB also said “the risk of trains and vehicles colliding at crossings remains too high.”

Between 2004 and 2013, there were 1,865 train-vehicle crossing collisions, with 165 fatalities and 271 serious injuries outside the corridor between Windsor, Ont. and Quebec City, TSB added.

Last year, TSB released a report into a Sept. 18, 2013 accident when an Ottawa city bus hit a VIA passenger train. Six bus occupants, including the driver, were killed.

The crossing lights, bells and gates were activated. TSB said in its report that the bus driver “was likely visually distracted by looking at the video monitor during the critical driving sequence of negotiating the left-hand curve and approaching the crossing.” TSB also found that conversations “as well as the perceived need to make an announcement to passengers standing on the upper deck, created a situation where the driver was likely cognitively distracted in the seconds before the accident.”

TSB noted there was no active advance warning sign “interconnected to railway crossing signals installed in advance of the crossing for northbound traffic” and the driver’s view of the automatic warning devices was obscured by trees, shrubs, foliage, roadway signage and the bus front corner and window pillars.