The Transportation Safety Board of Canada (TSB) is calling for the implementation of voice and video recorders on locomotives in Canada. 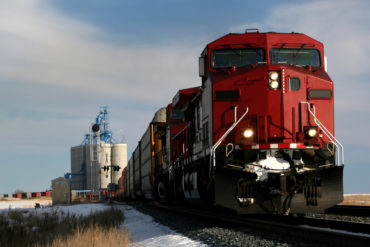 “The need for on-board voice and video recorders has been on the TSB Watchlist since 2012,” said Kathy Fox, chair of the TSB, in a press release on Monday. “In addition to providing important information to TSB investigations, data from these recordings, used in the context of a proactive, non-punitive safety management system, will be invaluable to help railways identify and mitigate risks before accidents occur.”

According to the report, expanding the use of these recordings has the potential to enhance safety and provide a better understanding and assessment of operational and human factors within the locomotive cab. In addition to their use in TSB accident investigations, railway companies could, if permitted, use LVVR data to enhance safety by developing and revising employee training programs, assessing and changing equipment designs and company operating procedures, improving crew security and identifying risky behaviour.

The study also recognized concerns that the expanded use of LVVR could infringe on employees’ rights, concluding that “successful implementation of LVVR will depend on ensuring that the appropriate balance of rights and obligations for all key stakeholders is achieved through the establishment of a clear framework and guidelines for the use of the data.”

“Now that the study is completed, the TSB calls upon the Minister of Transport to take concrete action to initiate implementation of LVVR as soon as possible, and to introduce legislation to permit the expanded use of on-board recorders in all modes of transportation,” the release said, adding that the TSB is “committed to working with Transport Canada on the development of an action plan and appropriate policy options.”

The federal Minister of Transport, Marc Garneau, said in a statement on Tuesday that the release of the study is “a positive development for rail safety.”

“The benefits of voice and video recorders are well known, as they can provide an unparalleled understanding of how the crew communicated and acted immediately before an accident,” Garneau said in the statement. “As Minister of Transport, I believe that the use of these devices onboard locomotives could be an important element of a comprehensive approach to managing safety, which will help better protect Canadians, their families, and the communities along Canada’s rail corridors.”

Garneau said that the government has already begun working with a number of stakeholders and partners to identify the best way to use voice and video recorders in Canada, “while ensuring that they can be used within the parameters of privacy legislation and policies. Over the coming months, Transport Canada will also consult the Office of the Privacy Commissioner of Canada and railway unions to identify ways to address employees’ privacy concerns.”

The TSB is an independent agency that investigates marine, pipeline, railway, and aviation transportation occurrences. Its sole aim is the advancement of transportation safety; it is not the function of the board to assign fault or determine civil or criminal liability.