In Tomec v. Economical Mutual Insurance Company, released Nov. 8, the Court of Appeal for Ontario overturned a 2018 Divisional Court Ruling in favour of Economical, due in large part to a 2019 Supreme Court of Canada ruling over a price-fixing lawsuit.

With Ontario first-party accident benefits, claims disputes generally go before the LAT. The law says a claimant who is denied benefits must take the dispute to the LAT within two years. 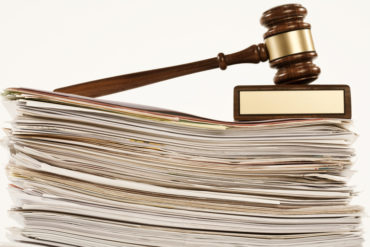 Sotira Tomec was injured after being hit by a vehicle Sept. 12, 2008 while she was walking across an intersection. Economical covered her attendant care and housekeeping claim up until 2010.

On Aug. 26, 2010, Economical sent Tomec a letter informing her that her housekeeping and attendant care would run out by Sept. 12, 2010. She was told that if she wanted to dispute the insurer’s assessment of her claim, that mediation would have to be commenced within two years of receiving her letter. [At the time, accident benefits dispute resolution was done by the Financial Services Commission of Ontario, a function that has since been taken over by LAT].

In 2014, Tomec’s orthopedic surgeon wrote a report saying injuries in the area of Tomec’s shoulder resulted in the permanent and untreatable loss of movement. Then, in May 2015, her doctor wrote an opinion that she was catastrophically impaired.

In November 2015, Economical accepted Tomec’s application for catastrophic impairment but nonetheless refused to pay benefits owing and ongoing attendant care and housekeeping benefits. The rationale was that her attendant care and housekeeping stopped in September 2010; if she wanted to dispute that, then she should have done so by September 2012.

Tomec took Economical to the LAT in 2016, which ruled the following year that Tomec is barred from proceeding with her application for attendant care benefits and housekeeping benefits. With Ontario accident benefits disputes, the limitation period is tied to a fixed and known event, which is the insurer’s refusal to pay the benefit claimed, wrote Justice Douglas Gray of the Divisional Court in its ruling in favour of Economical.

Generally speaking, a limitation period does not arise until a claimant discovers that he or she has a claim, Court of Appeal for Ontario Justice William Hourigan wrote on appeal. That is the doctrine of discoverability, which the LAT ruled did not apply in Tomec’s case.

“Presumably, the legislature thought it important to provide for a reasonable period, after which an insurer’s obligation would be discharged, whether or not meritorious claims may be discovered later,” Justice Gray wrote for the Divisional Court in 2018, upholding the LAT decision.

But in 2019, the Supreme Court of Canada elaborated on the doctrine of discoverability in its ruling in Pioneer Corporation v. Godfrey, which is not an auto insurance dispute but involves the federal Competition Act, which has a limitation period.

Neil Godfrey applied to certify a class action lawsuit in British Columbia against manufacturers of optical disc drives, alleging those manufacturers conspired to fix prices. The allegations have not been proven but the result of the Supreme court of Canada decision means the class action is not time-barred.

“Many provincial legislatures have chosen to enact statutory limitation periods that codify, limit or oust entirely discoverability’s application, particularly in connection with ultimate limitation periods,” Justice Russell Brown wrote for the majority of the Supreme Court of Canada in Pioneer. “Where the running of a limitation period is contingent upon the accrual of a cause of action or some other event that can occur only when the plaintiff has knowledge of his or her injury, the discoverability principle applies in order to ensure that the plaintiff had knowledge of the existence of his or her legal rights before such rights expire.”

The Ontario legislature could make it clear, in the wording of a law, that it is exempt from the discoverability rule, Justice Hourigan wrote in Tomec.

For its part, Economical had argued that Tomec could have taken Economical to the LAT before September of 2012. At that time, Tomec could have asked the LAT for a declaration that, in the future, Tomec would be entitled to extended benefits if she were subsequently found to be catastrophically impaired, the insurer reasoned.

However, “if such a proceeding were commenced for a declaration, it is difficult to imagine how it could succeed,” countered Justice Hourigan. “At best, the appellant could only lead speculative evidence that she might be CAT at some unknown point in the future. Faced with that evidentiary record, the LAT would likely decline to make the requested declaration.”

Therefore, putting a “hard limitation period” on the two-year deadline in the SABS would have put Tomec in an impossible situation, he added.

“The time for claiming a benefit commences when she is ineligible to make such a claim. This is an absurd result,” wrote Justice Hourigan, adding a hard limitation period runs counter to the purpose of SABS and to the Supreme Court’s guidance in Pioneer.

“A hard limitation period prevents the appellant from making a claim for the benefits the SABS are intended to provide,” Hourigan wrote. “I do not see how such a result could be consistent with consumer protection legislation designed to provide fair compensation and minimize economic disruption in the lives of accident victims.”

At the time Economical stopped Tomec’s housekeeping and attendant care, s. 281.1 (1) of the Insurance Act said any mediation, arbitration or lawsuit over a denied accident benefits claim would have to commence within two years of an insurer refusing to pay the benefit.

Also at the time, s. 51 (1) of Ontario’s SABS regulation stipulated: “A mediation proceeding or evaluation under section 280 or 280.1 of the Insurance Act or a court proceeding or arbitration under clause 281 (1) (a) or (b) of the Act in respect of a benefit under this Regulation shall be commenced within two years after the insurer’s refusal to pay the amount claimed.”

The laws have since been updated.

As it stands, s. 51 of the SABS says an application under subsection 280 (2) of the Insurance Act “in respect of a benefit shall be commenced within two years after the insurer’s refusal to pay the amount claimed.”

Subsection 280 (2) of the Insurance Act refers to the jurisdiction of LAT to hear accident benefits claims disputes.

More News
Related
The ‘interpretative stumbling block’ in figuring out whether off-road vehicle accidents are insured
Did the threshold for special awards against insurers just sink lower?
How liability insurance responds (or not) to COVID-19
What can go wrong if ‘actual cash value’ is not clearly defined in a property policy