More than half (55%) of drivers in the United States who participated in a usage-based insurance (UBI) survey from Willis Towers Watson (WTW) have reported that they are “likely to buy a new or pre-owned vehicle equipped with new technology features.” 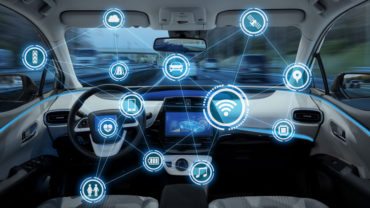 Released on Wednesday, the survey, titled How ready are consumers for connected cars and usage-based car insurance?, examined how the spread of in-car technologies and connected cars is influencing U.S. consumers’ buying behaviours and attitudes toward auto UBI.

The online survey of 1,005 consumers found that a large majority (81%) of the roughly 10% of drivers who have or have had a UBI policy to date are “very positive” about its benefits, WTW said in a press release. About the same amount reported that they’re willing or open to sharing their recent driving data, such as the past month’s data from navigational apps or an in-car system, for personalized insurance quotes. A similarly high number (84%) would be “interested in or open” to having short trial to determine the discount they could get before buying a policy, the global advisory, broking and solutions company said in the release.

“Drivers of all ages are embracing new driving technology, and many are willing to share their driving data in exchange for personalized insurance,” added Geoff Werner, global telematics product lead with WTW. “The key aspect of connected cars in relation to UBI is enabling policyholders to determine at the quote stage if a telematics policy will benefit them before they buy one, but this works only if consumers are willing to share recent driving data to receive a personalized quote.”

Although willingness to share driving data is a prerequisite, consumers also have to agree to the principle that their auto insurance cost is determined by how they drive, WTW noted. According to the survey, resistance to that idea is very low, with only 7% disagreeing with the premise that UBI is a better way to calculate premiums than traditional methods. “The driving-related activities most survey respondents consider deserving of discounts are careful driving, low mileage, reduced speed and avoiding distractions,” the release added. 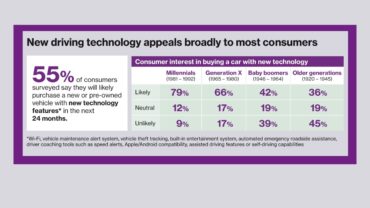 “The survey results promote the ideas that technology can be used to understand driving habits, make auto insurance premiums fairer and give individuals greater control over insurance costs,” Werner said. “These concepts have definitely gained significant traction from drivers since our last survey, underscored by an appreciation of the potential broader benefits to society.”

Of the additional features commonly available with UBI policies, the three most valued by all drivers in the survey are automated emergency callout (45%), theft tracking (38%) and breakdown notification (35%). The opportunity to earn rewards, such as gift cards and vouchers, also appealed to more than one-third of respondents, WTW reported.

However, respondents did voice some important decision-making considerations, such as the possibility premiums might increase (50%); concerns premiums could fluctuate, thus making budgeting more difficult (38%); and how insurers might share their data (38%). “The more consumers buy connected cars and related in-car technologies, the greater the UBI adoption will be,” said Katie DeGraaf, global telematics sales and delivery lead with WTW. “Many, particularly among the younger generations, are leaning in this direction, with exciting prospects for carriers that can find the right balance between cost, premium stability, rewards and range of benefits.”

She noted that “steady innovation from auto manufacturers means newer vehicles increasingly roll off the production line already equipped with the technology and connectivity for a whole host of applications, including UBI. Connected cars could therefore create a whole new dynamic and impetus for the UBI market in the next few years.”