The U.S. Department of Transportation (DOT) has announced that it has designated 10 “proving ground” pilot sites to encourage testing and information sharing related to automated vehicle technologies. 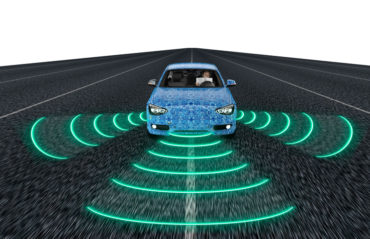 Former U.S. Transportation Secretary Anthony Foxx announced the designations last week before Donald Trump became the president of the United States on Jan. 20. The DOT said in a statement that these designations will “foster innovations that can safely transform personal and commercial mobility, expand capacity, and open new doors to disadvantaged people and communities. These designations are a logical next step in the Department’s effort to advance the safe deployment of automated technology.”

Foxx said that the proving ground will collectively form a “community of practice” around safe testing and deployment. This group will openly share best practices for the safe conduct of testing and operations as they are developed, enabling the participants and the general public to learn at a faster rate and accelerating the pace of safe deployment, Foxx said in the statement.

The proving grounds will also provide critical insights into optimal big data usage through automated vehicle testing and will serve as a foundation for building a community of practice around automated vehicle research.

The DOT reported that designees were selected from a competitive group of over 60 applicants, including academic institutions, state departments of transportation, cities and private entities and partnerships. “Proving grounds designees all have different facilities that can be used to gauge safety, manage various roadways and conditions, and handle various types of vehicles,” the department reported.

In November 2016, the DOT submitted a Federal Register Notice soliciting proposals for a pilot program to designate automated vehicle proving grounds. The solicitation included broad criteria for selections, including a demonstration of capable safety planning, willingness and ability to share and disseminate information and an ability to show that all applicable laws, regulations, and policies are adhered to at all times, the statement said. The solicitation also requested information on the types of facilities and research capability that are available to applicants to test automated vehicle technologies.