The property and casualty industry in the United States recorded a net underwriting loss of US$5.1 billion for the first six months of the year, according to preliminary results from A.M. Best Company. 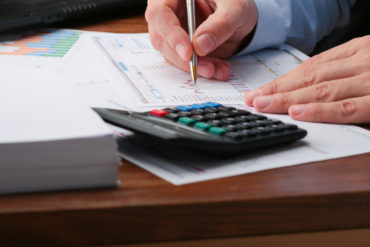 This underwriting loss compares with a US$2 billion loss in the same period a year ago, the Oldwick, N.J. ratings firm said in a press release on Tuesday. Data from the financial review is derived from companies’ six-month 2017 interim statutory statements received as of Aug. 21 and represents an estimated 96% of the total P&C industry’s net premiums written, A.M. Best reported.

The report, titled A.M. Best First Look—2Qtr 2017 U.S. Property/Casualty Financial Results, noted that the deterioration in underwriting losses comes as pressure on operating results continues to persist, underscored by the positive underwriting income of US$3.1 billion the industry recorded for the same period just two years ago. In H1 2017, a 6.1% increase in incurred losses and loss adjustment expenses and a 1.8% rise in underwriting expenses outpaced the 3.7% growth in net premiums earned.

As well, the reported combined ratio deteriorated by 0.9 points to 100.9% in first-half 2017 compared to H1 2016, “representing the worst of the last five years’ first six-month periods,” A.M. Best said. Excluding the US$7.2 billion of favourable reserve development in the first half of 2017, the accident year combined ratio for the industry was 103.7%.

Net income for the period year-over-year fell by 29% to US$15.4 billion compared to US$21.6 billion in 2016, in part due to the impact of a retroactive reinsurance contract entered into in Feb. 2017 by American International Group, Inc. (AIG) and National Indemnity. Under that contract, National Indemnity agreed to provide US$20 billion of aggregate cover on much of AIG’s commercial book, covering losses unpaid as of Jan. 1, 2016.

Despite the significant decline in net income, industry surplus reached a record US$703.4 billion at the end of June 2017, driven by a US$14 billion increase in unrealized gains (certain Berkshire Hathaway companies were responsible for more than 75% of the increase), an increase in other surplus gains and a reduction in stockholder dividends, the release concluded.