Credit rating activity for the United States’ property and casualty industry in the first half of 2017 was favourable, with upgrades outpacing downgrades, A.M. Best Company reported on Thursday. 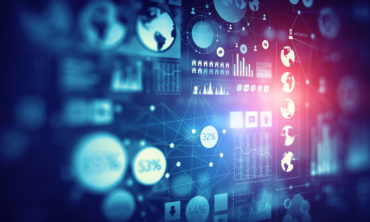 Nearly one-third of the 2017 upgrades were driven by “increased parental support, ongoing mergers and acquisitions (M&A) and the generally enhanced importance of companies within specific organizations,” Oldwick, N.J.-based ratings firm A.M. Best said in a press release on Thursday. Other positive rating actions were due to tightened underwriting standards that have led to sustained favourable results in recent years, increases in risk-adjusted capital and improvements in enterprise risk management, the ratings firm said in a report.

The Best’s Special Report, titled Favorable Ratings Activity Continues for U.S. Property/Casualty Industry, stated that long-term issuer credit rating upgrades significantly outpaced downgrades in the first half of 2017 (25 versus eight), with most of the changes occurring in the personal lines segment. This continues a prior-year trend of upgrades outnumbering downgrades, although in 2016, the split was closer (27 versus 21), A.M. Best said in the release.

The ratings firm also noted that macroeconomic factors have generally been positive over the past year, with “lower levels of unemployment, coupled with higher housing starts and new car sales.” However, after three years of posting underwriting profits, the P&C industry recorded an underwriting loss of nearly US$6.6 billion in 2016, driven by an increase in “frequency and severity, particularly in the automobile business,” the release said, adding that affirmations remained the most common rating action at 86%, reflecting the overall stability of the U.S. P&C industry.

The ratings firm is maintaining a negative outlook on the commercial lines segment, owing to a competitive pricing environment, rising losses (particularly in the commercial automobile sector) and the prolonged low interest rate environment, which will strain operating profitability.

The personal lines segment has a stable outlook from A.M. Best. However, there are challenges, as demonstrated through the first three months of 2017 – the P&C industry posted an underwriting loss of more than US$840 million, making it the first underwriting loss in the first quarter since 2012. The deterioration in profitability was driven by the ongoing pressure on the auto business, as well as above average catastrophe losses, A.M. Best concluded.