CALGARY – A new study says there are more drones in the air than piloted aircraft and the numbers of close calls between the two continue to rise. 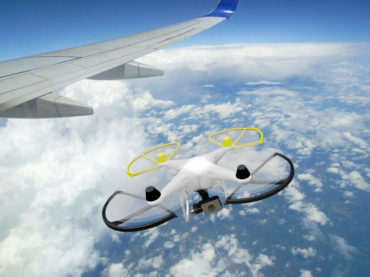 “They clearly show in the last several years that incidents involving drone use in Canada has been on the rise,” said associate professor Chris Hugenholtz, who co-authored the study with Paul Nesbit and Thomas Barchyn.

The data shows there were 355 drone incidents reported in Canadian airspace between November 2005 and December 2016. The numbers rose substantially after 2013 when drone technology became more readily available.

“Drone use has skyrocketed, and with that comes new potential safety concerns,” said Nesbit, who led the study.

Of the reported incidents, 66.5 per cent were drone sightings with 22.3 per cent involving close encounters between drones and piloted aircraft.

“We are very concerned that just based on probability with more incidents occurring, the chances for something far more severe start to rise,” Hugenholtz said.

Hobbyists have been flying model aircraft safely in Canadian airspace for decades, he said. But in recent years, drones requiring substantially less skill to operate have integrated into the airspace.

Hugenholtz said many drone operators are licensed by Transport Canada.

“Those people would know all the rules and would be following the conditions,” he said. “We surmise that the vast majority of these incidents are people who are unaware or are choosing to ignore rules and don’t have certification.”

Hugenholtz said there is no simple solution. He said Transport Canada has legislated guidelines that clarify drone regulations and brought in fines. It is also possible to anonymously report unsafe drone activity.

Technology may also offer a way to deal with the problem.

“There’s a technology called geo-fencing and what that does is look at the GPS of the drone and will prevent the drone from either taking off or entering airspace where it shouldn’t be,” Hugenholtz said.

“Another one is to use small new radar systems that can actually detect drones in airspace where they shouldn’t be as early warning systems.”