Vericlaim Canada – a subsidiary of Sedgwick Claims Management Services, Inc. – announced on Thursday that it has acquired the assets of RGM Claims Services, Inc. 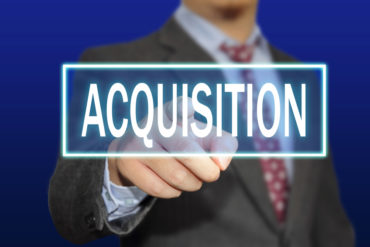 Mississauga, Ont.-based Vericlaim Canada is a national provider of loss adjusting and claims management solutions, while RGM is a licensed independent adjusting company also based in Mississauga. RGM specializes in municipal, automobile, product and environmental liability, as well as property, casualty and cargo losses, Vericlaim Canada said in a press release.

Founded in 2003 by industry veteran Ross Macdonald, RGM is an “especially strong player” in the Canadian municipality and condominium claims markets, the release said. As part of the transaction, Macdonald and his colleagues have joined Vericlaim Canada’s growing team.

“Investing in the continued expansion of our Canadian operations with acquisitions like RGM and opening new branch offices in the central and western provinces supports our national development strategy and ensures we are optimally positioned to provide responsive, best-in-class services for customers across Canada,” said Michael Holden, president of Vericlaim Canada, in the release.

Added Macdonald: “Combining our capabilities and expertise results in one of the strongest adjusting programs in the Canadian market today.”

and its subsidiary Verclaim announced on June 1 that they will expand their services available in the Canadian market. In addition to Sedgwick’s existing third-party administration operations, the companies will offer high-quality claims administration and adjusting services designed to meet the specific needs of the Canadian market in the areas of property, liability, auto and niche industries.

Michael Holden and Terry Deamer are leading the companies’ Canadian expansion. Holden has been appointed president and Deamer will serve as senior vice president of operations.

Vericlaim maintains a distinct market presence in more than 400 locations throughout the world; Sedgwick is a global provider of technology-enabled risk and benefits solutions with more than 14,000 employees in 275 offices in Canada, the United States, United Kingdom and Ireland.