War for talent: Does the P&C industry need reinforcements?

It’s getting ugly out there in the war for talent in Canada’s property and casualty insurance industry. 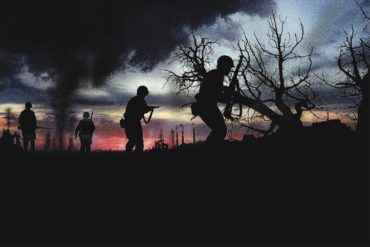 Signs of strain on the industry’s existing staff resources have been reported in all segments of the industry over the past year, be it in brokerages, underwriting divisions or claims departments. It seems everyone has a story to tell about too few people doing too much work, as the industry engages customers who demand a digitized, instant-gratification insurance experience.

The result is that some things are slipping through the cracks, leading to customer service issues.

For example, at the 2019 Insurance Brokers Association of Ontario (IBAO) Convention last week, brokers in one meeting asked an insurer if it planned to hire more underwriters. They asked because a handful of their carrier’s renewals were processed three months late.

One broker provided anecdotal evidence about a colleague placing three pieces of property business with an insurer in July; the renewal notice on one of those pieces of business arrived on Oct. 11, with the other renewals still outstanding. Although the client did not pay premiums during the time that the renewal was being processed, the client’s monthly premium payments changed to reflect a compressed schedule.

“We told the client, ‘Premiums are still what we told you, but now your monthly budget [has changed],” the broker said during one of the Town Hall meetings. “Trying to explain to client that their [monthly insurance] payment went from $110 to $205, they don’t understand that. So that’s a little frustrating.”

As it turns out, that particular carrier was looking to hire more staff. Representatives of the insurer asked brokers attending the session to let them know of any “frustrated” commercial underwriters who wanted to change companies.

Certainly, the industry’s pool of underwriters appears to be shrinking, according to demographic research conducted last year by the Insurance Institute of Canada. The research shows that 2,911 underwriters were employed in Canada’s property and casualty industry in 2012. Five years later, that number dropped to 2,710 – a decrease of about 7%.

Staffing issues don’t appear to be restricted to the underwriting side, either. Several brokers, both at the IBAO Convention and in recent surveys conducted Canadian Underwriter, have expressed frustration at trying to reach people in company claims departments, who simply don’t appear to be answering their phones.

“Claims service has become a major issue re: timely contact and negotiations with the insured,” one broker reported anonymously in a Canadian Underwriter poll about broker challenges, published in September. “Assigning claims [to adjusters] not only out of the city in which the incident occurred, but also out of the province, does not endear [consumers] to the process.”

In one example, Canadian Underwriter learned, getting a hold of a staff claims adjuster in one company proved to be so difficult that the insurer outsourced its call-handling for standard auto insurance claims to an independent adjusting firm — something that is normally reserved for handling a mass bulk of catastrophe claims.

Brokers themselves are hardly sheltered from the industry’s talent wars. In Canadian Underwriter’s 2019 National Broker Survey, which heard from more than 200 Canadian brokers, fully 69% of survey respondents said “finding qualified workers” was a strong challenge to their business. That’s up from 66% the year before.

One broker in the survey described his or her biggest challenge as “finding and keeping trained staff and being able to compensate them. Brokers are now doing underwriters’ work and there is no more compensation to pass to staff.”

HR professionals in some brokerages have suggested that poaching qualified brokers from competing brokerages is definitely a fact of life within the industry.

7 Comments » for War for talent: Does the P&C industry need reinforcements?