A wave of new digital technology is confronting most insurance sectors and, while disruptive, the insurtech movement presents more technology-related opportunities than witnessed before, according to the 2017 World Insurance Report (WIR). 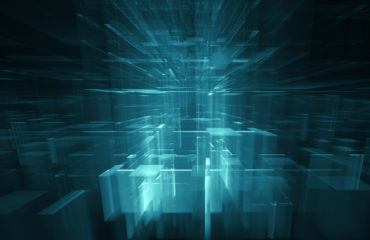 The report, released on Wednesday by Capgemini and Efma, covers 21 insurance markets and features primary customer data, including more than 8,000 insurance customer survey responses and more than 100 executive interviews. WIR found that the insurtech movement – exploring innovations such as customized policies, social insurance and using data from mobile devices to dynamically price premiums – highlights the need for traditional insurers to design a balanced strategy, which ensures return on their investments in innovation without a loss of focus.

Despite their short history, insurtechs have changed the face of the market, Capgemini and Efma said in a joint press release. Of the more than 8,000 consumers surveyed worldwide as part of the WIR, nearly one-third (31.4%) said they rely on insurtechs either exclusively or in combination with incumbent relationships to access insurance services. Respondents also said insurtechs have “earned a reputation for better value for money and timely, efficient service.”

Insurtechs appeal directly to the needs and preferences of the highly-prized Gen Y and tech-savvy customer segments, who seek convenience, agility and personalization in their financial interactions, the release said, referring to those aged 15 to 34. For the survey, non-Gen Y customers are those aged 35 and above. The Gen Y and tech-saavy customer segments “are more likely to buy additional products from their insurers, making them an important source of potential incremental revenue,” the release said. “Yet the young and tech-savvy also tend to be less loyal, underscoring the need for insurers to build and maintain relationships with them by catering to their preference for digital touchpoints.”

On the whole, however, customers are not ready to walk away from the ties they have long had with incumbents, citing security and fraud protection (45.9%), brand recognition (43.7%) and personal interaction (41.6%) as areas in which incumbents performed better. In addition, 39.8% of customers said they trust their insurers, compared to only 26.3% who trust insurtechs.

Insurers agree that the complementary strengths of insurtechs and incumbents form a solid case for collaboration. Of the more than 100 senior executives interviewed from various insurance firms in 15 markets, a strong majority (75%) said that developing insurtech capabilities would help them better meet customers’ evolving demands. And more than half (52.7%) agreed that having insurtech capabilities would help them quickly design personalized products.

“Increasingly, partnerships are being viewed as a welcome development in the ongoing effort to address the insurtech movement,” Jack Dugan, executive vice president and head of insurance with Capgemini, said in the release. “Insurtechs can help incumbents overcome roadblocks such as aging systems and paper-based processes. Meanwhile, incumbents can help insurtechs face newcomer challenges like high customer-acquisition costs and a lack of risk management experience.”

Efma Secretary General Vincent Bastid added that “the continued reliance of consumers on digital technologies that support mobile apps, social networking, on-demand services and the like makes it clear that the mass market has entered a new phase. The insurance industry serves the masses and must adapt to the new terms of engagement. Collaborating with insurtechs is an optimal way of incubating and accelerating digital innovation.”

Emerging technologies such as artificial intelligence and blockchain are acting as catalysts for the insurtech revolution and driving a myriad of innovations in digitization, data and analytics, and insurance-as-a-utility, the release said, the latter of which refers to new models of insurance that allow customers to consume insurance in a more flexible and agile manner and, in effect, as a utility.

WIR, now in its 10th year of publication, advises insurers to prioritize their innovation investments based on a synergistic technology strategy to effectively navigate the innovation conundrum. Proficiencies useful for one type of innovation are often applicable elsewhere, so a full analysis of the costs and cross-over benefits of each investment is essential, the releases said. “Insurtech influences will increase with time, making it imperative for insurers to formulate a comprehensive, multi-faceted response.”

“Insurers and insurtechs have much to gain and little to lose by working together,” the report said. “There is no stopping the wave of technology priming consumer expectations – so insurance providers of all stripes must step up their game.”

Capgemini is a global provider of consulting, technology and outsourcing services that reported 2016 global revenues of 12.5 billion euros. The company employs more than 190,000 people in over 40 countries and celebrates its 50th anniversary year in 2017.

A global non-profit organization, Efma was established in 1971 by banks and insurance companies and facilitates networking between decision-makers. Over 3,300 brands in 130 countries are Efma members. It is headquartered in Paris, with offices in London, Brussels, Barcelona, Stockholm, Bratislava (Slovakia), Dubai, Mumbai and Singapore.