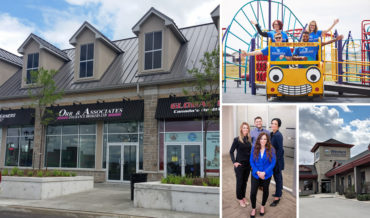 Effective immediately, Orr & Associates and their two retail locations in southern Ontario are part of Western. This latest acquisition continues Western’s strategic expansion into Ontario, increasing its total number of offices in the region to 11.

Orr & Associates is an independent broker network offering personal, commercial, and life insurance to customers in southern Ontario. Originally founded in 1912, the agency grew and evolved until its acquisition by Gordon Orr, Ken’s father, in 1984.

Ken Orr, who was IBAC president in 2003, purchased the agency from his father in 1992. He brought in business partner Keith Wilson, who was president of IBAC in 2004, to form Orr & Associates in 2007.

Orr & Associates has two branch locations and 16 team members serving King City and Schomberg, Ont., located just north of Toronto. The brokerage features a number of senior reps in the field; several have between 10 and 40 years of experience in the business.

Keith Wilson entered the P&C insurance industry in 1989, when he joined his father’s brokerage in Hudson Bay, Sask. He purchased the business from his father in 1991 and acquired a competing firm in 1995. He sold his Saskatchewan brokerage in 2006 to form a business partnership and start Orr & Associates with Ken Orr.

“It is an exciting day to have Orr & Associates join our growing team,” Kenny Nicholls, president and CEO of Western, said in a release. “Orr & Associates have established themselves as an innovative leader in their area of expertise. We are happy to have them on-board with us helping Western to continue to expand our scope in the Canadian insurance market.”

Ken Orr described joining Western as “the right fit for us as a group.”

“We share common values and business interests and becoming part of the Western family will be beneficial for our people,” Orr said in a statement. “We are looking forward to this new era for Orr & Associates.”

Added Wilson: “We are excited to work with Western to elevate our organization and people and to help support Western’s mission and vision. Partnering with Western is a win-win and we are pleased to be part of the growing team.”

Headquartered in High River, Alta., Western provides personal, business and life insurance services through more than 180 locations, affiliates, and online. Western is a subsidiary of Trimont Financial Ltd., which is itself a subsidiary of The Wawanesa Mutual Insurance Company.