What can happen if client fails to insure valuable shipment

HALIFAX – A top Canadian naval officer is out 50 rare coins he valued at $38,000 with little to show for it, after a Nova Scotia small claims court found FedEx Canada not liable for the full value of his lost package.

Guillaume Lafrance, chief of staff of Canada’s East Coast navy and a longtime coin collector, sent a package containing Canadian, American and other world coins to a California company for appraisal last May.

The package of mostly copper, silver and some gold coins was subsequently lost. 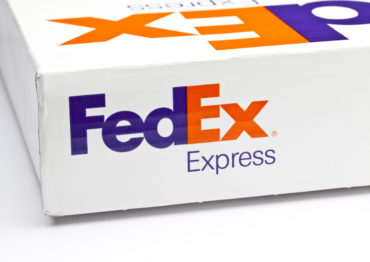 In a Feb. 11 decision, adjudicator Augustus Richardson found FedEx not liable because the company had no way of knowing the actual value of the package.

Lafrance claimed the coins were valued at close to $38,000 based on what he paid for them and on his 20 years of collecting experience.

He told small claims court the company advised customers to fill out the customs declarations with the cost of getting the appraisal, not the value of the coins.

Lafrance declared the package’s value was $1,631.25 in his FedEx waybill slip, and said he did not insure the contents because he had not experienced issues with FedEx deliveries in the past.

Richardson found FedEx acted within the terms laid out in ”tiny, faint font” on the back of the slip Lafrance submitted.

Those terms defined FedEx’s limits of liability for lost packages, reading “our maximum liability for loss … even if caused by our negligence or gross negligence, is limited to $100 unless you declare a higher value for carriage (subject to the maximum amounts specified below) on the air waybill.”

Richardson found Lafrance had not been “fair and open” with the company by not disclosing the actual value of the package’s contents.

“A shipper is entitled to know the value of the property entrusted to it so that it can decide whether it is prepared to assume the risk of any liability arising from its handling of the property,” Richardson wrote.

“The claimant was not acting prudently when he chose not to insure the package, given the value of its contents. He knew or ought to have known that loss of the package was a possibility, no matter how rare the risk, and no matter that there had not been any problem with previous shipments.”

Richardson also found Lafrance was bound by the terms on the slip he submitted, because he chose to drop the package in a pickup box and did not visit a FedEx depot to discuss the details of the situation in person.

Richardson ruled that FedEx should be liable only up to the maximum $100 outlined in the slip’s terms and conditions.

In an interview Wednesday, Lafrance said he was disappointed in the ruling that placed blame for the loss solely on him, but he still plans to keep up with his hobby – though he will use a different shipping company going forward.

“It was a bit disappointing but you know, lessons learned and move on from there,” he said.