How much of your lunch are direct writers really eating?

Feeling threatened by insurers who invest in a direct-to-consumer channel? 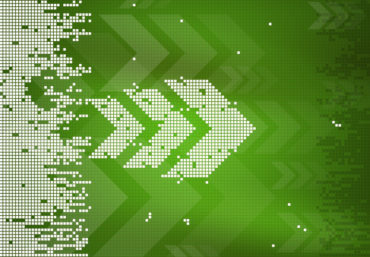 Debate rages on about how much of your lunch directs could possibly eat, with commentators citing limits to the direct model.

“I think there is always going to be a place for the broker – for the knowledge they bring, for the experience they bring and the ability to assess the consumer’s needs,” said Ray Thomson, associate director for A.M. Best Company Inc., in an interview last week.

As large tech players like Netflix and Amazon disrupt their respective industries, insurers are taking a hard look at how easy they make it for clients to transact business.

“There is a growing segment of the market” that wants to buy insurance directly over the Internet, said Gerry Hooper, chairman emeritus of Economical, during the company’s annual general meeting in 2018. “We only need to look at the success of the Amazons,” he said at the time. “The development of Sonnet is necessary for our future.”

Property and casualty insurers need to be able to reach their target audience, said Thomson, commenting in general and not on Sonnet. And that’s where DTC channels come in.

“If your target audience wants to do things differently, you have to be able to adapt to that,” Thomson said. “That does not mean completely changing your distribution methods, but it means it is certainly prudent to look into these other avenues – including direct.”

Should every insurer be looking at a direct model?

It may not be for everyone. Relatively few insurers have successfully implemented a direct-to-consumer strategy, A.M. Best said in a release June 21 announcing its DTC report. “Insurers feel that improving the customer experience, and making the investment to achieve that, are the two biggest challenges to modernizing distribution and growing sales.”

Wawanesa Mutual Insurance Company invested heavily in the broker channel; last year, the company announced that it would stop writing direct in Quebec.

“Anyone who thinks it’s easy to do direct insurance is extremely naive,” Carol Jardine, president of the Canadian property and casualty operations of Wawanesa, said this past January at an Insurance Brokers of Toronto Region lunch.

“I have been in this business for over 40 years,” added Jardine. “The one thing I know is that brokers look after their customers better than the directs. Brokers know what their customers need and want, and brokers will provide the value that a customer requires, which is choice.”

Moreover, if a consumer’s life gets complicated, they may look to brokers for advice, said Thomson, commenting in general and not on any particular insurer.

For all the hype around directs, DTC still makes up a small portion of the overall premium pie.

Canada’s largest P&C insurer, Intact Financial Corp., earned 14% of its premiums in 2018 through its direct-to-consumer brand, Belairdirect. This was unchanged from 2017. In 2018, nearly two thirds (63%) of Intact Financial’s premiums were from Intact insurance (which distributes through brokers), 8% was from Brokerlink and 15% was from OneBeacon, the Minneapolis-based commercial specialty insurer that Intact acquired in 2017.

Other Canadian carriers who distribute both directly and through brokers include CAA, Economical and Aviva. Sonnet, the direct writer that Economical launched in 2016, accounted for about 5% of Economical Insurance’s premiums in 2018.

1 Comment » for How much of your lunch are direct writers really eating?