Guarantee asset protection, or GAP insurance, can address the risk of a consumer having negative equity as a result of borrowing money to buy a car, suggests the head of the organization that regulates Ontario’s motor vehicle dealers.

GAP is sold by car dealers across Ontario, said John Carmichael, CEO of the Ontario Motor Vehicle Industry Council (OMVIC), in an interview.

“When they address a consumer who is, let’s say, financing a car, and is looking for insurance on top of that, it is the expectation of OMVIC that the [auto] dealer fully explain and educate the consumer on what the product is, what the product offering is all about, and how it works and why,” Carmichael told Canadian Underwriter recently.

OMVIC administers and enforces several Ontario laws including the Motor Vehicle Dealers Act and some sections of the Consumer Protection Act. The group does not regulate insurance companies or those who sell GAP insurance, Carmichael said. 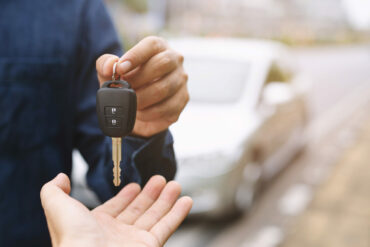 But OMVIC’s code of ethics does require that dealers be clear and truthful about the products they are selling. Some motorists may be at risk of driving a vehicle whose actual cash value is less than what they owe on a loan. Unless the motorist makes a large down payment, there is a good chance that the vehicle will be worth less than what’s owed on the loan for several years, the Associated Press reported earlier.

Negative equity is when someone owes more on vehicle that the vehicle is actually worth, Carmichael explained. He gave two examples of how a consumer could be at financial risk. “Someone could have a vehicle they have financed, they have been driving it for 10 or 12 months, they have a bad accident, and the car now — based on market value — is worth less than what is owed on the loan,” he said.

Ontario and Alberta have optional endorsements to auto policies that insure vehicles up to the actual purchase price, instead of just actual cash value.

Recently, Canadian Underwriter asked Robyn Young, president-elect of the Insurance Brokers Association of Canada, what advice personal lines brokers should give clients about the financial risk of owing more on an auto lease than the vehicle’s replacement value.

In Alberta, brokers should explain the Limited Waiver of Depreciation called the SEF 43R.

“When somebody phones us and says, ‘Hey I bought a new vehicle, and I need to add it to my policy’ it would be routine to add the SEF 43 to that policy,” Young, principal and owner of Lundgren and Young Insurance Ltd. in Calgary, said.