How should risk managers handle situations where their workers could encounter hazards off site? A recent Supreme Court of Canada ruling in favour of Canada Post could provide some guidance, a lawyer suggested Tuesday to Canadian Underwriter.

“It is now clear that federal employers, in most cases, do not have a statutory obligation to conduct health and safety inspections of work locations that they don’t control,” said Christopher Pigott, a partner with law firm Fasken Martineau DuMoulin LLP, in an interview.

He was commenting on Canada Post Corporation v. Canadian Union of Postal Workers, released Dec. 20 by the Supreme Court of Canada. 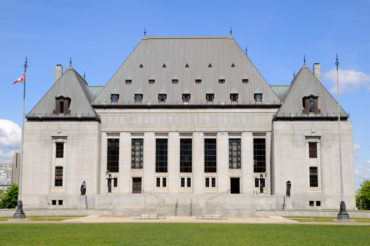 “For a risk manager – for someone who is concerned about both liability and the promotion of employee health and safety in federally regulated workplaces – the Supreme Court of Canada’s decision really helps delineate between the things that an employer must do – because for example it has an obligation legislated under the Canada Labour Code to do something – and things it would be prudent to do,” Pigott told Canadian Underwriter.

“It is probably prudent for the employer to ensure that it has policies and processes in place that would allow, for example, an employee to make a complaint about an off-site work location being unsafe,” said Pigott. “An employer probably would want to have a process in place that would allow an employee who is working at a private residence to make a complaint that proper fencing is not in place or the staircase is broken – or something like that.”

Pigott represented an industry organization – the Federally Regulated Employers – Transportation and Communications (FETCO) – which had intervener status in Canada Post’s dispute with the union representing its workers.

The ruling applies to federally regulated employers. That includes banks, airlines, courier companies, inter-provincial trucking, railways and telecommunications firms. This could also apply to companies whose workers install cabling in the streets and in private buildings.

The dispute began in 2012 when the postal workers’ union complained to Human Resources and Skills Development Canada that a workplace safety committee was not doing safety inspections of letter carriers’ routes and locations where mail is delivered. The employer argued that under the Canada Labour Code, the employer’s safety committee was only required to do inspections at the Canada Post depot in Burlington, Ont. A federal health and safety officer initially ruled in favour of the union but the ruling was reversed by Michael Wiwchar, an appeals officer for the federal occupational health and safety tribunal.

After Wiwchar ruled that Canada Post did not have to inspect carriers’ routes and delivery points, the union applied for judicial review with the Federal Court. The union was initially unsuccessful, with federal court Justice Patrick Gleeson upholding Wiwchar’s ruling. That ruling was reversed in a divided Federal Court of Appeal ruling in 2017 but then restored by the Supreme Court of Canada in its divided ruling last month.

“The Federal Court of Appeal’s decision was quite stark in many ways,” Pigott told Canadian Underwriter Tuesday.

“Whereas the Federal Court of Appeal said, ‘Federal employers you need to inspect virtually everywhere your employee is working, even if you don’t control that location,’ the Supreme Court of Canada has clearly said ‘No, that’s not the case, you only need to conduct health and safety inspections of locations that you the employer controls,’” said Pigott.

The Canadian Union of Postal Workers had argued that restricting inspections to places the employer controls is contrary to the language and the purpose of the Canada Labour Code.

Two of the Supreme Court of Canada judges (Rosalie Silberman Abella and Sheilah Martin) hearing the union’s appeal would have ruled in favour of the union.

In dissent, Justice Abella contended that the Canada Labour Code is unambiguous and imposes safety obligations, on employers, both in workplaces they control and to every work activity they control. The public policy purpose – of amendments passed in 2000 to the Canada Labour Code – would be undermined if the duty to conduct safety inspections is limited to workplaces under the employer’s control, Justice Abella wrote.

The result of the majority’s ruling is that the scope of some obligations, under Section 125 of the Canada Labour Code, is limited to locations that the employer controls only, Pigott said Tuesday.

But there is a difference between what the Labour Code says an employer must do, on the one hand, and, on the other hand, what it is prudent for an employer to do in order to demonstrate it has exercised due diligence in protecting and promoting employee health and safety, Pigott advises.

More News
Related
Mechanic barred from suing employer over workplace injury
Do your insureds understand a “material change in risk”?
How much leeway does a condo corporation have when conducting repairs?
Why this town is not liable for electric shock hazard at sports field