What surprises this broker about sports insurance

TORONTO – He has played Canadian university football and coached the game, but Todd Smith is waiting before he lets his two sons get on the field.

“I’m not in a rush to put my kids into football just knowing what I know,” said Smith, a father of 12- and eight-year-old boys. “What I’ve told my boys, and they’re probably going to do it because they’re going to be bigger boys, is not to do it until high school.

“I think you let your body develop as much as you can, then go from there.” 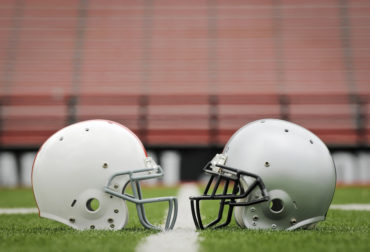 Smith comes by his caution honestly. He’s a partner and commercial manager with W.N. Atkinson Insurance Ltd. in Mississauga, Ont., and handles the firm’s sports book. The organization provides insurance for many different athletic groups and Smith is very familiar with the issue of concussions in football and research that links the sport to chronic traumatic encephalopathy (CTE), a degenerative brain condition caused by repeated hits to the head.

Surprisingly, Smith – who played at Concordia University in Montreal – said football insurance rates have remained unchanged for some time.

“I’d say it’s been pretty static over the last 10 years,” he said. “It hasn’t fluctuated like you’d think after the reports came back about concussion scenarios.

“I think what’s happened within football is coaching has improved and you’re seeing less and less issues like you see in the U.S. The old way of doing things is gone.”

Shannon Donovan, Football Canada’s executive director, said the country’s governing body for the sport has seen a decline in tackle registration the past two or three years but couldn’t provide exact figures. However she added the overall numbers have stayed consistent due to the growth of the non-contact game (flag and touch football).

“Yes, I think there’s some concern (with declining numbers),” Donovan said. “But at the same time we’re hoping some of the other programs that still introduce the sport to participants will help grow and keep tackle football a part of the sporting community in Canada.

“I think we do see the increase is on the non-contact side and hope that introduction to the sport will lead some players to move on to the tackle side.”

A big part of Football Canada’s national coaching certification program (NCCP) is teaching young players safe tackling techniques that emphasize making contact with the chest and front shoulder and not the head. The Safe Contact training became mandatory for amateur coaches in 2015.

“We think non-contact really is that pathway to start in the game of football and then move on to tackle at a later age,” she said. “If those (concussion) studies are correct that it does start at an early age, that’s one of the reasons.

“Another is development-wise, they should be starting later.”

Insurance rates for non-contact are lower than those for the contact version. However, Smith can see it’s becoming tougher for organizations to secure insurance.

“There’s less and less companies willing to take risk,” he said. “I think you’ll see the cost increasing potentially down the road.

“Now, I’m surprised the pricing hasn’t increased . . . but it has reduced the number of companies wanting to do it.”

Greg Marshall, a longtime head coach now at Western University, said while he’s noticed a slight decrease in numbers in some regions of Ontario, the football landscape in London, Ont., remains solid at the minor, club and high school levels. And while the Mustangs’ roster consists of mostly Ontario-based players, there are others from B.C., Alberta, Manitoba, Quebec and even one from the U.S.

“The numbers for minor football across (Ontario) are down a little bit,” Marshall said. “I can’t speak for other provinces, but I know football in Saskatchewan and Alberta is still very strong and it certainly seems like that in Quebec.

“I can’t say I’ve noticed a drastic impact on the level of play or number of good athletes who play high school football in Canada. I think the quality is getting better.”

Football has been a big part of Marshall’s life. He captured the Hec Crighton Trophy as Canadian university’s top player while a running back at Western and also won a Grey Cup with the Edmonton Eskimos.

The 59-year-old native of Guelph, Ont., has captured three Vanier Cups as a coach at Western and twice been named Canadian university’s top coach. In 2004, he was named CFL coach of the year with the Hamilton Tiger-Cats.

He’s also watched his three sons _ Donnie. Brian and Tom _ progress through the game. All three played for Marshall at Western so he understands why some parents are concerned about concussions in football.

“It’s made parents more aware and maybe delayed their (kids’) start into football but that’s OK,” Marshall said. “The one thing about football is you can play other sports like basketball, soccer and hockey and then when you’re 14 or 15 switch over and play football.

“If we take someone who’s an outstanding soccer player and can run, we can teach them (to play football) other than the quarterback position, which is fairly specific. I think that’s where the thought of 7-on-7, touch football and flag football is starting to pick up interest because they work on skills without contact and that’s important, too. You don’t have to play contact football at eight years old and start at that age.”

Marshall said a big advantage football has over most sports is the number of positions available within a team on offence, defence and special teams. Essentially, it provides many youngsters an opportunity to get on the field.

“The neat thing about football is it’s that sport everyone can play,” he said. “There are so many roles in football for all different athletes.

Last year, a study by Boston University’s CTE Center suggested children who played tackle football before the age of 12 had cognitive and behavioural issues an average of 13 years earlier than those who began playing at 12 or older. It supported an earlier Boston University study that stated playing youth football could double the risk of behavioural problems and triple the potential for depression later on.

But concussions are also a concern in other contact sports. In January, South African pro rugby player Patrick Lambie retired at age 28 due to post-concussion symptoms. The five-foot-nine, 192-pound flyhalf suffered five concussions during his career and left the game on the advice of two separate neurologists.

Also in January, former NHL star Rick Nash retired because of concussion symptoms. Others to do so include Pat LaFontaine, Marc Savard, Keith Primeau, Scott Stevens and Paul Kariya.

Many Canadian football officials are also keeping a keen eye on a lawsuit south of the border. Two California mothers are suing Pop Warner _ an American youth football program _ after their sons committed suicide and were later diagnosed with CTE.

The two men, aged 25 and 24 at the times of their death, both played football growing up.

“Yes, we will for sure (monitor the case) because ultimately what we’ve seen . . . is we’re all affected by the game,” Donovan said.

But not everyone is so quick to link football to CTE.

Merril Hoge, a former NFL running back whose pro career ended prematurely in 1994 due to multiple concussions, co-authored “Brainwashed: The Bad Science Behind CTE and the Plot to Destroy Football.” Hoge says the science is still in its infancy and many questions must still be answered before it can definitely be said that concussions cause CTE.

Hoge’s book outlines the benefits of youth playing football while admitting much work remains in terms of making the sport safer for younger participants.

“I don’t think it (concussion research) is going to stop or slow down,” Donovan said. “I think they’re going to discover new things about what’s causing them, what helps prevent them and how to treat them.

“It’s about staying educated and proactive. We’ve added many programs, we’ve made changes to our policies and mandates to increase the safety around the game as well as ensure players are developing at proper rates. There are great things the game of football does bring to an athlete, it’s a matter of ensuring it’s in a safe environment.”