What the blazes is going on with barn fires?

If Ontario insurers want to reduce the risk of huge barn fires, they might want to consider advocating for the removal of an existing exemption for mandatory fire inspections of farms that is contained in the province’s Fire Code. 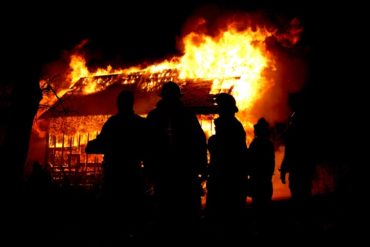 As it stands right now, mandatory fire inspections of farms are linked to land occupancy and not property, a panel told delegates attending the Ontario Mutual Insurance Association annual general meeting in Toronto Thursday. That restricts the ability of officials to inspect barns for potential fire hazards.

The regulations of Ontario’s Fire Protection and Privacy Act state: “A farm building with an occupant load of not more than one person per 40 [square metres] of floor area during normal use and other premises on a farm used for farming purposes are exempt from the requirements of this code.”

“Ontario is one of a few provinces in Canada where farms are exempt from the fire code,” says Randy Drysdale, assistant vice president of Farm Mutual Re. “That fire code doesn’t really apply [to farms].”

The exemption exists because of a greater focus on inspecting structures that could potentially threaten more human lives. But the effect of the exemption is to restrict fire inspectors from reducing the risk of costly barn fires, said panelist John Elston, a fire prevention officer in the County of Middlesex in southwestern Ontario.

“I don’t do fire inspections under the fire code because of no human occupancy greater than 40 metres squared,” said Elston, a certified fire and explosion investigator. “So, when you see the size of these livestock buildings, we don’t have the right to go in and do a fire inspection unless, under the Fire Protection and Prevention Act, we receive a complaint or a request [to inspect], which we have in Middlesex County. We can go in and assess fire and life safety.”

Even so, the code limits what they can do about it. “We can go in and assess fire safety, but if we see problems, to get anything done is very limited,” Elston reported. “We then have to become salesmen to get our findings fixed and just work with that farmer.”

The losses are more severe because the increased cost of building materials such as wood and metal. Plus, the value of livestock has increased, partly because more animals can be housed in contemporary barns.

The building code for Ontario farms has not been updated since 1995 (changes are due in 2023-25, panelists noted). In the meantime, farmers have been building progressively larger barns, including more storage for heavy farm machinery (such as combines), equipment (robotic milkers, for example), and electronics. “The barns are bigger, so there will be bound to bigger [losses],” Elston said.

Forty per cent of barn fire losses result from faulty electrical wiring, according to the Ontario Ministry of Agricultural, Food and Rural Affairs (OMAFRA).