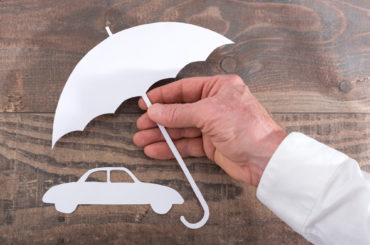 Although regulation is one significant factor in the current hardening market conditions, that doesn’t mean the insurance industry should cry “woe is me” and wait for things to get better on their own. Instead, a pro-active approach is needed, experts say.

Some things the industry can’t control, such as the increased costs to fix newer vehicles equipped with tech that require pricey repairs. But the industry can play a role in expediting the pace of regulatory change, says LowestRates.ca co-founder and CEO Justin Thouin.

For example, he’d like to see pressure put on governments to implement bigger penalties for distracted driving, which is being blamed for an increase in auto collisions. Bad weather driving is another cause of collisions, some of which can be mitigated by making winter tires mandatory across the country, Thouin noted.

Thouin likes the progress that Ontario has made to try to lower insurance costs for drivers. “What the Ontario government is doing in terms of making insurance more personal, to not have the same level of coverage for everybody, and not requiring insurance companies to provide that coverage for 100% of the people if some of the people don’t need it – I think that’s going to be excellent.”

Reducing fraud is another way to lower costs, and the insurance industry has a role to play in finding regulatory solutions. “Insurance fraud continues to be a massive issue,” Thouin says. “Governments need to spend more time cracking down on that, with massive criminal penalties for that and more resources dedicated to stamping that out.”

Insurance Bureau of Canada is taking steps to raise public consciousness about fraud as a way to relieve pressure on auto rates. Fraud is estimated to cost the industry more than $1.6 billion, said Pete Karageorgos, IBC’s director of consumer and industry relations in Ontario. Premiums could be lowered by up to $236, according to a study.

“Fraud comes in many forms,” he said. “So we’re working with partners …. to help bring down the cost of auto insurance by addressing one of the key factors, that being insurance fraud.”

Some of those partnerships include governments and regulators like Ontario’s Financial Services Regulatory Authority. It’s that kind of advocacy and partnership that the insurance needs more of, according to Thouin. “We’ve met with the Ontario government and it seems like they’re taking a progressive approach and one that is pragmatic towards insurance,” he said.

An example of where the government didn’t listen – or listen well enough – is in Alberta.

“I think it was entirely naive for the NDP government to put in a cap of 5% arbitrarily,” Thouin says. “That’s an uneducated position without having the context that, if you do that, then insurance companies are going to pull out and put things in place that consumers aren’t going to like – such as paying all of your insurance upfront. These insurance companies aren’t going to want to work in the province if they can’t make money. So I’m hopeful that the [Alberta] government will take a similarly progressive approach to what the Ontario Conservative government is doing.”

Is there hope? Yes, Thouin said. “It just needs to be further prioritized. I’m not sure Canadians are ever going to care about any of these things or be sympathetic to any of these things. It needs to happen in partnership with the Insurance companies and the government.”