What the new reinsurance rules could look like for Canada

Canada’s federal insurance regulator will probably impose a policy limit rule, but one that will look different from a controversial rule initially proposed in 2018, a lawyer familiar with insurance solvency rules told Canadian Underwriter.

“There has not really been any change, per se, to the proposed rule released quite yet, and that is what we are hoping to see in March,” said Marisa Coggin, a lawyer with Cassels Brock & Blackwell LLP, in a recent interview. “Our view is that it will likely be less of a rule and more of a principles-based flexible approach, which would be consistent with much of what OSFI has done with a lot of their other guidance.”

Coggin was referring to the infamous “Annex I” of a discussion paper on reinsurance rules (dubbed Guideline B-3) that the Office of the Superintendent of Financial Institutions released in 2018.

That proposed policy limit rule, which contains a number of formulas, is aimed at any insurer regulated by OSFI who cedes some risk to foreign reinsurers who are not registered in Canada. If the rule were to be implemented in an amendment to Guideline B-3, some Canadian insurers might have to increase the amount of capital they have. Under OSFI’s initial proposal, the Insurance Bureau of Canada estimated the industry would have to increase its capital base by somewhere on the order of $20 billion to $30 billion. 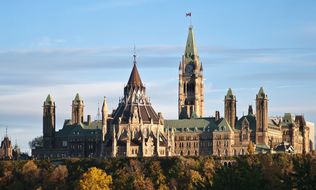 OSFI is also updating Guideline B-2, Investment Concentration Limit for Property and Casualty Insurance Companies, which is meant to put a ceiling on the amount of money a P&C insurer can invest in any one particular entity or any group of related entities. A draft update of the investment concentration limit guideline is expected to be released for discussion in March, notes Coggin, who works in Cassels’ insurance and reinsurance group.

“This is where we are expecting to see the revised rule,” she said. “It will probably have the effect of limiting policy sizes but it won’t be the same rule that we saw in the [Guideline B-3 reinsurance] discussion paper. It will be a permutation or a different approach to that.”

The final versions of revised guidelines B-3 and B-2 are expected this October, says Coggin. “It will be interesting to see if [OSFI] completely scraps the calculations that they were using before, and if they will make it more principles-based, or if they will try to use different inputs and different categories. We are hoping for some updates on that.”

The thinking behind the a new policy limit rule was that guideline B-3 had not been looked at for over a decade, according to Neville Henderson, assistant superintendent of OSFI who runs the insurance supervision sector, who spoke this past November at KPMG Canada’s annual insurance issues conference.

“All of a sudden we saw very significant increases in certain categories, without an increase in the capital retained in Canada to match the liabilities, and no discussion of the counter-party risk associated with that,” Henderson said during the “fireside chat” that KPMG holds each year with Ottawa’s point person on solvency regulation. During the chat with Chris Cornell, KPMG Canada’s national sector leader, Henderson said OSFI had heard the industry’s concerns about the policy size limit and planned to have more discussions.

“What they probably have surmised from all of these impact studies is it is very difficult to treat every single insurer the same way,” Coggin told Canadian Underwriter. “I think what they are grappling with is how to regulate everybody under a common set of rules. That’s sort of where I think they are going to go with it – a more flexible approach.”

More News
Related
OSFI, industry step back from the brink on proposed new reinsurance rules
What could drive reinsurers away from some markets