Canadian P&C insurers have generally embraced the general principles of the Fair Treatment of Consumers (FTC), but the industry still has some work to do in specific benchmark areas, according to an annual statement on market conduct issued by the Canadian Council of Insurance Regulators (CCIR).

As defined by the CCIR, a national association of provincial P&C insurance regulators, FTC principles include, among other things:

For example, data in the report show that the industry seems to prefer addressing FTC through a documented code incorporating FTC principles (68% of 231 P&C insurers canvassed by the CCIR said this), as opposed to a standalone documented policy that specifically addresses FTC (53% of the P&C industry reported having a standalone policy). 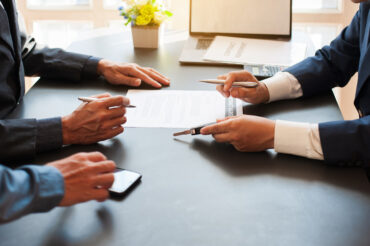 Of those P&C insurers reporting that they had an FTC code in place, the numbers “vary greatly based on size of the insurer,” the CCIR reported.

For small P&C insurers (direct written premiums under $50 million), only 61.1% reported having an FTC code in place. That number increased to 68% for medium-sized insurers (DWP between $50 million and $300 million) and fully 96.7% of large insurers (more than $300 million DWP).

The data come from the CCIR’s annual statement, which the regulator established in 2017 to collect information from insurers across Canada regarding their governance, practices, policies, and treatment of customers. Insurers are required to complete and file the statement according to the laws in their respective jurisdictions.

Data in the CCIR annual statement suggest that while the industry is strong on developing FTC strategies and objectives, there is a slight lag in developing specific measures and FTC performance reports.

For example, fully 94% of P&C insurers reported developing strategies, objectives and initiatives to promote FTC. But when asked if they had developed “measures and reports to inform management and the board of directors of the organization’s performance” in FTC, the percentage dropped somewhat to 82.6%.

The regulator’s statistics also noticed an interesting trend regarding “sales and incentives management.” In other words, are consumer satisfaction or customer complaints factored into a P&C salesperson’s key performance measures? (The CCIR’s annual statement data does not address compensation methods for the broker distribution channel.)

The annual statement shows that only 34% of P&C insurers factor consumer satisfaction into their key performance measures, while even fewer (27%) factor in the number or type of consumer complaints received.