What’s the hourly wage of an insurance professional?

Ontario’s recent minimum wage hike up to $15 per hour ruffled a few feathers within the business community, but the new legislation didn’t raise much of a fuss within the property and casualty (P&C) insurance sector. 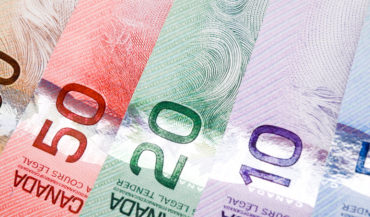 “On this particular issue, we reached out to member companies when the legislation was first proposed, and we were not informed of any concerns,” said the Insurance Bureau of Canada (IBC), an association representing Canada’s auto, home and business insurers. “We do not anticipate that this legislation will affect the operations of our members in any way that is different from other types of businesses.”

Ontario’s broker association has been engaged with the government about Bill 148 since the province released its Changing Workplaces review in May 2017. The Ontario government passed Bill 148, the Fair Workplaces, Better Jobs Act, last week.

“This new legislation includes equal pay to part-time and temporary workers and an increase to minimum wage, but based on results from a member survey we conducted this summer, we don’t believe it will have any significant impact on brokers,” IBAO CEO Colin Simpson told Canadian Underwriter.

If the industry doesn’t seem fazed by the increased minimum wage, it’s likely because most people working within the P&C industry already make more than the minimum wage.

A StatsCan study of wages across Canada found that the average hourly wage of full-time employees in business, finance and administration occupations was $26.00 in 2016.

Simpson said the new standards “could have unforeseen negative impacts on small businesses generally.” For example, escalating the cost of operations through increased worker protections in Bill 148 could limit an employer’s ability to invest in its employees and business infrastructure.

“In light of these legislative changes, we’ll continue working with government to advocate and advise on programs that assist small businesses,” Simpson said.

4 Comments » for What’s the hourly wage of an insurance professional?