What’s next for Fairfax in the Lloyd’s market

Toronto-based Northbridge Insurance and Stamford, Conn.-based OdysseyRe are among the insurance subsidiaries owned by Fairfax.

Fairfax acquired a majority interest in London-based Brit in 2015 for US$1.88 billion. Ontario Municipal Employees Retirement System (OMERS) owns a minority of Brit. 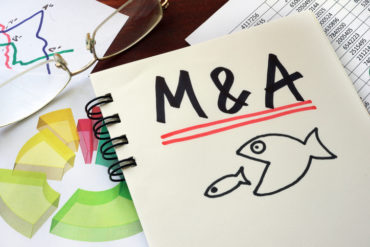 Fairfax currently owns 80% of Brit, Rivett said Friday during a conference call discussing Fairfax’s financial results for the three months ending Sept. 30. Fairfax bought about 11% of Brit from OMERS this past July for US$252 million.

“We are going to be buying out the remainder of the minority interest in Brit over the next couple of years and Eurolife as well, maybe even sooner,” Rivett said in reply to a question from an investment banking analyst. Eurolife is a Greek insurer that writes both life and non-life.

Brit offers a variety of coverages, including marine, professional liability for architects and engineers and loss of satellites. Brit also writes “bloodstock,” which covers risks to horses such as death and failure of a mare to conceive.

Brit was the only major Fairfax-owned insurer with an underwriting loss in the latest quarter. Brit had a combined ratio of 108.3% in Q3 2018, an improvement from 158.3% in Q3 2017, when three North Atlantic hurricanes (Harvey, Irma and Maria) cost the industry billions.

Also during the third quarter, Fairfax reported premiums of $3 billion, up from $2.8 billion in Q3 2017. All figures are in U.S. currency.

“If you take a look back a few years, Northbridge has taken some underwriting initiatives to move into other more profitable segments targetting small and mid sized businesses and the like,” Fairfax chief financial officer David Bonham said Friday during the conference call.

“We are also seeing better experience in the trucking segment as well,  in Northbridge. I think you can expect to see that continue.”

In 2017, Fairfax closed its acquisition of Zug, Switzerland-based Allied World, which writes both commercial specialty insurance and reinsurance. That deal was valued at about $5 billion. OMERS was a partner in that deal, buying a minority stake in Allied World.