Nearly two-and-a-half years after recreational marijuana was legalized in Canada, the country’s P&C insurance industry is starting to get a sense of the type of claims arising from the October 2018 legalization.

Hunt told Canadian Underwriter that one licensed producer recently had a recall of 500,000 vape pens due to risk of explosion. In the United States, some people got sick from additives in cannabis vaping cartridges and other devices.

“So, a lot of insurance companies were very weary of that,” Hunt said, adding that it turned out it had nothing to do with the legal cannabis market, but rather the illegal market.

Another issue with vaping is that its negative side effects remain unproven, Hunt said. “The big concern is [about] anyone under the age of 25 who smokes these [vaping cartridges], because your lungs aren’t fully developed until that age, so [it’s unclear] long-term what it’s going to do to developing lungs.” 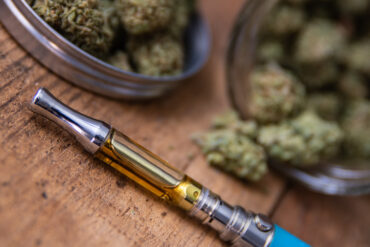 On another note, Next Wave is unique in that it does not have a health hazard exclusion for liability, Hunt added. In other words, coverage would not be denied due to things like lung diseases from cannabis flower consumption, for example.

Hunt was speaking to Canadian Underwriter about cannabis claims trends and emerging issues following legalization of recreational marijuana use in Canada on Oct. 17, 2018. As of then, adults 18 years of age or older were allowed to possess, share, and buy from a provincially-licensed retailer, up to 30 grams of legal cannabis. They could also grow up to four cannabis plants per residence for personal use, using licensed seed or seedlings.

Shortly after the laws changed, Canadian P&C insurers weren’t sure how claims might evolve based on the new rules. But now, Hunt observed, some patterns are starting to take shape.

Property damage claims, directors’ and officers’ liability, product recall, and boiler and machinery-type losses are just some of the claims handled in the sector.

“Most of the claims you see certainly have been from a property standpoint,” Hunt told Canadian Underwriter earlier this month, pointing to fires as a major concern. “It all came down to a lot of lighting issues, predominately from lightbulbs in the growing facilities.”

There have also been some windstorm losses and break-and-enters, she added.

On the product liability front, a class action lawsuit has was filed alleging the percentage of THC (the psychoactive component of marijuana) was misrepresented on bottles by a few licensed producers in Canada.

When recreational marijuana first became legal, D&O liability also came into play, said Oren Schemool, head of financial lines underwriting with HDI Global Specialty SE – Canada. At the time, a lot of money was being pumped into the sector by investors, but “with the amount of money coming into the sector, this encouraged investors to make quick decisions that had the potential for a bad investment,” he said.

Investors sometimes quickly invested in companies with a limited amount of information. That created the potential for a bad investment. “When you make a bad investment, a lot of times that leads to a D&O claim,” Schemool said. “I looked at too many business plans to remember, and as an underwriter, you’re trying to separate what you see as good business plans from bad business plans. I can tell you there was really a wide spread [in terms of] quality of business plans.”

Other cannabis insurance claims include “the odd recall here and there,” said Hunt. Some boiler and machinery policies in the cannabis sector, for example, saw claims for stock spoilage. There is also a limited number of markets writing cargo insurance, so Next Wave opted to go with one logistics supplier instead of giving individual cargo policies to licensed producers across the country.

Generally speaking, auto claims have “amounted to nothing,” Hunt observed. Drinking and driving, and smoking marijuana and driving, are two very different things, with different effects on people, she added. “[The industry hasn’t] seen an uptick in auto claims. Also, they don’t really have a test to prove it. I don’t know if they have the proper test to catch these people, but I don’t know if they’re causing a problem anyway.”