Where Intact sits with the RSA acquisition

Now that Intact Financial Corp.’s deal to acquire a large chunk of RSA plc has been approved by both the federal Competition Bureau and RSA shareholders, Toronto-based Intact expects the deal to close by July and has more than two dozen teams looking at various parts of RSA’s business.

“We are working to ensure we hit the ground running with RSA,” Intact CEO Charles Brindamour said Wednesday during a conference call discussing Intact’s 2020 financial results.

“We have 27 transition teams that are looking at various parts of the [RSA] business. Each of those teams has a specific target that is informed by the information that we have had access to,” Brindamour said Wednesday. An investment banking analyst asked about the synergies Intact is predicting it will gain from the RSA deal.

In its management discussion and analysis released Tuesday, Intact said it expects more than $250 million of pre-tax annual run-rate synergies within 36 months of the RSA deal closing. 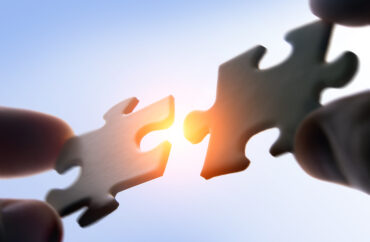 “It’s all-hands-on-deck as we continue to work with regulators in different countries [other than Canada] for the remaining approval,” Brindamour during Wednesday’s conference call of the RSA deal, which has been approved by directors at RSA, Tryg and Intact.

“We have met with most of the [RSA] senior management team as we undertake strategic reviews of the business.”

The deal is expected to cost Intact and Tryg Cdn$5.2 billion and Cdn$7.3 billion respectively.

Brindamour reiterated Wednesday Intact’s prediction that the RSA deal is on track to close during the second quarter of 2021.

Intact is Canada’s largest property and casualty insurer when measured by net premiums written. Canada-wide, Intact and RSA had 15.3% and 4.4% respectively of the total Canadian P&C insurance market in 2019, according to the 2020 Canadian Underwriter Statistical Guide. RSA ranked seventh in the overall market.

Intact writes commercial specialty in both Canada and the United States. Intact acquired Minnesota-based OneBeacon and Toronto-based The Guarantee Company of North America in 2017 and 2019 respectively.

More News
Related
Why the impact of an Intact-RSA combo would vary by province
Anti-trust issues unlikely if Intact acquires RSA Canada: Analyst
How long Intact has been contemplating RSA acquisition
How Intact will decide whether to keep RSA operations outside of Canada

2 Comments » for Where Intact sits with the RSA acquisition