Where Q2 personal auto premiums increased the most in Canada

The hard market continues in personal lines in Canada, with personal auto in Quebec seeing a significant increase in average premiums in Q2 2019, according to Applied Systems’ latest rating index. 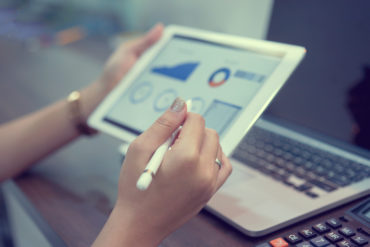 Quarter-over-quarter, average premiums for personal auto increased in all provinces. Quebec experienced the most significant jump at 23.6%, according to the Applied Rating Index for Q2 2019.

What contributed to this drastic increase? It’s hard to say exactly, but the cost of vehicle repairs could be a factor in personal auto rate increases in general, suggested Eric Manseau, the executive director of Quebec’s broker association, the Regroupement des cabinets de courtage d’assurance du Québec (RCCAQ). For the past 10 years, the cost of repairs has increased 25%, Manseau reported in Canadian Underwriter’s upcoming 2019 Statistical Guide.

Was there a particularly big loss in personal auto in Quebec in the second quarter?

Anne Morin, a spokesperson for Quebec with the Insurance Bureau of Canada, said in an interview Wednesday that it’s impossible to compare an increase in premiums in the second quarter with the loss experience, as premiums had already been established months ago.

But generally speaking, the market in Quebec was doing quite well between 2004 and 2014, she said, with a general increase in premiums beginning in 2015. By 2017 and 2018, the average increase was more significant – at between 4-5%. “So, when you mention an increase that high, I find it quite surprising,” Morin said in reference to the 23.6% increase in personal auto premiums cited in the Applied report.

Loss ratios have also been trending upwards. “We are really in a correction market right now in the province of Quebec,” Morin said, but noted that Quebec is not seeing the same challenges in personal auto as in other parts of the country. “We have seen the market deteriorating for the last two or three years and insurers are readjusting.

The rating index is an anonymized report of current conditions and trends for personal auto and personal property insurance premium rates. It analyzes more than 1.3 billion quotes completed and represents more than 80% of the brokerage market and 675 insurer rating plans written by brokers.