Canada isn’t financially prepared to handle a major earthquake whenever it may come, says an industry observer. As a result, the property and casualty industry is at risk without a plan in place.

Models are painting a grim picture of the potential for damage caused by an earthquake disaster, warns Alister Campbell, president and CEO of the Property and Casualty Insurance Compensation Corporation (PACICC). And the lack of a national government strategy to backstop losses means there may not be enough money in the system for the private insurance industry to respond to such an event.

Speaking at the CIP Society Symposium 2021 virtual conference, Campbell reviewed how predictions are now showing increased damage estimates as a result of potential earthquakes in both British Columbia and Quebec.

“The science got gloomier in the latest six-year period,” he reported during his opening address at the symposium. “Both West Coast and Montreal-Ottawa got scarier. B.C. by 25% to 50% scarier and…the Montreal-Ottawa corridor, in some cases, by 75% to 100% scarier. Those are very sobering numbers.”

Based on the new estimates, the cost to the P&C industry of responding to damage caused by shaking and fire following an earthquake, combined, are now beyond $35 billion — the threshold for which the property and casualty industry would be financially equipped to respond to a quake without potential systemic financial issues. 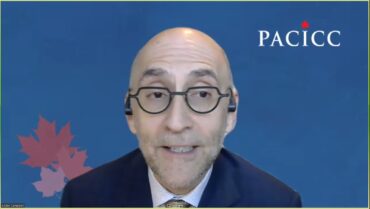 The latest estimate losses from just the shake of an earthquake in Vancouver went up 58% to $27.5 billion. When it comes to losses fire following the event, that number is pegged at $10 billion. When you add those numbers together, that’s more than the industry can handle, something Campbell called “very sobering.”

Without a plan, “Canada is uniquely unprepared for a major quake event,” he added.

Campbell pointed to other jurisdictions that have managed to come up with disaster response plans, elements of which Canada might follow. For example:

“All of these are options, or a made-in-Canada solution, would be a good idea,” Campbell said.

The pandemic has promoted more thinking about disaster planning, Campbell noted. For example, insurance doesn’t cover pandemics, meaning the losses must be absorbed by society. Having a government backstop for a pandemic, for example, would ease some of these financial pressures. Discussions for public-private partnerships to cover a pandemic are already underway, with Lloyd’s reportedly interested in talking to the Canadian government about the idea.

Something similar could be in place for an earthquake, Campbell noted.

But while there is talk of a multi-peril pool that would cover earthquake, flood and pandemic, Campbell is cool to that idea. “Every peril is different, and adding perils to the pool increases the [degree of difficulty to respond],” he said.

But that doesn’t mean it’s impossible. “If you think of FloodRe in the U.K., which started for flood, but it’s now expanded to include nuclear and terror, it’s doable. But it’s harder. But that’s an important development out of the pandemic.”