Why brokers need to check their dec pages

A Manitoba broker was fined $1,000 fine for not checking to make sure his client’s request for a Single Limit Endorsement was included as part of the client’s home insurance coverage. 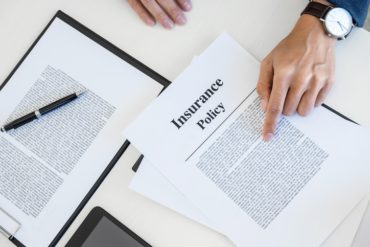 It wasn’t, as it turns out, and the client only found out about the absence of coverage when making a claim in August 2017, after the property had suffered a total loss. The insurer denied the claim, saying that it offered the Single Limit Endorsement in conjunction with the Guaranteed Replacement Cost (GRC) endorsement. But due to the age of the dwelling, the property did not qualify for GRC coverage.

“By failing to review the policy declaration to confirm the requested coverage was indicated, the [broker Julian Anthony Burdeniuk] left unreasonable gaps in the [client’s] coverage,” the Insurance Council of Manitoba wrote in its decision. “By reviewing the policy upon receipt, the [broker] would have had the opportunity to discuss the missing coverage with the underwriter and would have been made aware of the unavailability of the Single Limit Endorsement.

“An opportunity would have been created for the [broker] to discuss with the client their options to see if another company would offer the requested coverage, or to cancel the policy as it did not meet their needs.”

Burdeniuk met with his client in May 2016 to discuss insurance on a new property. The client specifically requested the Single Limit Endorsement and increased Building By-laws coverage on their duplex, which had been built in 1930.

Fire coverage in a home insurance policy is divided into four sections: 1) the principal dwelling; 2) detached private structures such as a garage; 3) contents; and 4) additional living expenses. A Single Limit Endorsement allows the insured to combine the amounts of the insurance coverages in situations in which one of the coverage limits is inadequate to pay the loss.

Burdeniuk sent the client’s application for home insurance, along with the e2Value dwelling building replacement cost estimator, to a managing general agent (MGA). The application included a request for the Single Limit Endorsement. On June 1, 2016, the MGA issued a binder letter indicating coverage has been placed effective May 31, 2016.

The council followed up with the insurer about its policy on notifying a broker when requested coverage is not included.

“By email on July 24, 2018, the insurer responded to council and indicated that they typically do advise the broker if coverage is unavailable,” council wrote in its decision. “However, in certain circumstances where they believe it is not warranted, there may not be such follow-up communication. In this specific circumstance, the licensee had been dealing with their organization for over 15 years and is very familiar with their products and underwriting practices/criteria, and the licensee would have had other risks insured with their organization over the years with this same situation.”

Council further noted that the broker’s agency conducted an internal audit of the insurer’s policies placed through the MGA between July 1, 2017 and June 30, 2018. “The results of the audit indicated that 13 policies had been written by the agency in which the Single Limit Endorsement had been requested but was not indicated on the policy. Of the 13 policies written, the [broker] wrote six policies, including his own.”

More News
Related
GRC coverage mix-up lands brokerage in hot water with regulator
Tips for brokers on insuring high-value homes
Is technology creating an ‘underwriter in a box’?
How to sell commercial coverage to small businesses