Why COVID-19 cost this reinsurer $1.2 billion in three months

Event cancellation is a major reason for the sharp increase in Munich Re’s first-quarter reinsurance claims.

Munich Re reported €800 million in COVID-19 related losses in the three months ending March 31, “particularly in event cancellation insurance.” Munich Re’s claims and benefit expenses, in property and casualty reinsurance, rose 33%, from €3.186 billion in the first three months of 2019 to €4.243 billion  in the latest quarter. The euro closed Friday at $1.51 Canadian. So at that exchange rate, P&C reinsurance losses arising from COVID 19 would have cost Munich Re alone $1.21 billion in Canadian funds, though the exchange rate fluctuated during the quarter.

No specific events were mentioned in Munich Re’s May 7 release but the insurer told Canadian Underwriter in March that it is an insurer of the Tokyo 2020 Olympics, which has been postponed to 2021. At the time, a Munich Re spokesperson said it couldn’t provide information regarding the payout for the Tokyo 2020 postponement or whether the policy covers pandemic, for confidentiality reasons. 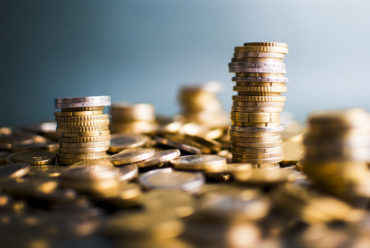 “The high losses due to COVID-19 are financially manageable for Munich Re,” chief financial officer Christoph Jurecka said of the reinsurer’s claims costs in a release.

For its part, Swiss Re reported April 30 that during the first quarter of 2020, it put aside US$253 million (CDN$355) in reserves, primarily for expected claims for cancelled or postponed events due to COVID 19.

Meanwhile, Hannover Re reported May 6 that it reserved €220 million (CDN$335 million) for coronavirus related losses in P&C.

The Canadian Press reported earlier that Britain’s Wimbledon tennis tournament — originally scheduled June 29 to July 12 near London — is cancelled for the first time since the Second World War.

Other events that were cancelled due to the COVID-19 pandemic include the World Figure Skating Championships, originally scheduled March 16-22 in Montreal. In Western Canada, the 49th annual JUNO awards, originally scheduled in March in Saskatoon, were also cancelled. The Canadian National Exhibition in Toronto was also recently cancelled for the first time since shutting down, like Wimbledon, for the Second World War.

Several insurers have recently announced event cancellations will have an impact on their financial results this year.

For its part, Paris-based SCOR reported April 29 its global P&C unit has had “incidental and immaterial exposure” in many of the lines of business most affected by the pandemic and the ensuing financial and economic crises, such as event cancellation.

“The business interruption development is being closely monitored, in all relevant jurisdictions,” SCOR said when it reported its Q1 2020 financials. “Potential exposures could also arise within the Trade Credit, Surety and Political Risks portfolio, limited to [approximately] 7% of the SCOR Global P&C premium base.”