Why eastern Canadian quakes may be stronger than you think

Major improvements in Canada’s proposed 2020 seismic hazard model means that there is an increased earthquake hazard all across Canada, including up 50% in some places.

“The big change we’ve made in the 2020 model for eastern Canada has really been the ground motion models,” said Michal Kolaj, a seismic analyst with Natural Resources Canada, during a webinar Friday. “We haven’t changed our assessment of how often earthquakes occur…only how strong is the shaking from a particular earthquake. And the new models we’ve incorporated suggest that the shaking from larger-magnitude earthquakes is stronger than we thought before, and also might be stronger with distance than we thought before. This more or less affects most of eastern Canada where we do have seismicity. It’s been an increase in most regions across southeastern Canada.” 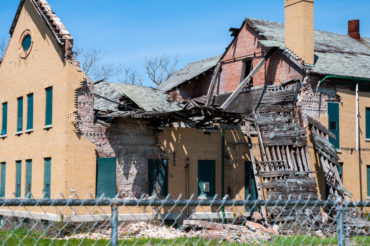 Based on ground motion models, if you are in eastern Canada, the shaking is stronger than if you were in western Canada, Kolaj explained during the Institute for Catastrophic Loss Reduction’s Friday Forum webinar Canada’s 6th Generation Seismic Hazard Model: new insights on seismic hazard in Canada. “This is because the ground conditions in eastern Canada – the Canadian Shield – is very efficient in transmitting seismic activity. The net effect of that is when we have an earthquake in eastern Canada, the area that is going to experience that shaking, and potentially the area that may be damaged, tends to be larger than the comparable event in western Canada.”

There have been a number of individual changes in the 2020 seismic hazard model, such as updated ground motion models and updated shaking relations, improved subduction sources, and additional faults, Kolaj said. “In general, each one of the changes that we’ve made has [resulted in] a net increase [of the hazard]. Their combined effect has increased hazard in regions on the order of 50% in some places.”

The seismic hazard model is updated every five years. Although the pattern of hazard is very similar between the 2015 and 2020 models, the hazard values have increased, Kolaj said.

Generally speaking, southwestern Canada is a region of high hazard, with a capacity to have very large earthquakes. In central Canada, the hazard is low. While there is still the capacity to have earthquakes, they tend to occur over very long return periods, meaning they are very rare, Kolaj said. In the Arctic, it’s an area of moderate seismicity.

“The one that tends to surprise people is southeastern Canada, that is also a region of moderate seismicity and moderate to high seismic hazard,” Kolaj said, pointing to a magnitude-7 earthquake in Charlevoix (what is now Quebec) in 1663, a magnitude-6 quake in Montreal in 1732, a 1935 Timiskaming quake of magnitude-6.1 and, recently, the 1988 Saguenay earthquake with a magnitude of 5.9. “These earthquakes kind of remind us that southeastern Canada is the region that has the capacity to have larger earthquakes; they don’t occur as frequently as they do in southwestern Canada.”