Canadian insurers are taking part in a month-long campaign to halt advertising on Facebook and its companies to send a message to the social media giant about its practices in allowing hateful content and misinformation to be spread on its sites.

The Stop Hate For Profit campaign called on advertisers to stop advertising on the popular digital platform, as well as Instagram, which Facebook also owns.

“They turned a blind eye to blatant voter suppression on their platform,” the campaign’s website says, noting that 99% of Facebook’s $70-billion revenue in 2018 was through advertising. “Could they protect and support Black users? Could they call out Holocaust denial as hate? Could they help get out the vote?

“They absolutely could. But they are actively choosing not to do so.”

Canadian insurers joined the growing list of companies taking part in the campaign, making their intentions known in late June and early July.

“It really does stem from our roots from a club perspective because we are a community-based organization, which are in advocacy and social responsibility,” explained Tony Tsai, assistant vice present of communications at CAA Club Group, which includes CAA Insurance, CAA South Central Ontario, CAA Manitoba, Orion and Echelon. 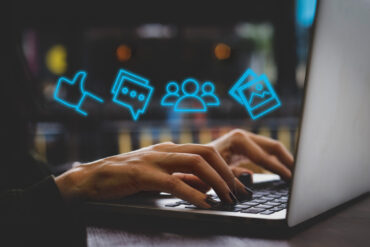 “Part of our mandate has always been to work with partners who are socially responsible as well. When this campaign came about and we saw the momentum behind it, it just made sense to us. It just seemed like the right thing to do.”

It was also an easy choice for Desjardins Group, explained Björn Bruschke, director of marketing with Desjardins Insurance, adding that it’s important to the company to build an inclusive society.

“We stand in opposing hate. And this is hate speech and we need to advocate for change. So, for us, it’s really quite simple and that’s really the approach we took in making this decision,” he told Canadian Underwriter. “I think what we’ve witnessed — especially over the last few weeks — on Facebook, it really doesn’t support this. And that’s why we need to take action and take a stand. That’s really what lead to the decision that we took.”

Intact Insurance and belairdirect also announced they would stop participation on Facebook as well. A spokesperson directed Canadian Underwriter to Intact Financial Corporation CEO Charles Brindamour’s June 8 LinkedIn post where he acknowledged “we can do better” when it comes to diversity and inclusion. “In the days ahead, we will be focusing our efforts on active listening, education and supporting our communities. It is also clear that we need to renew and increase our efforts to identify and develop diverse talent for leadership positions; as well as for our board,” he wrote.

It’s Desjardins’ hope that the sheer number of companies taking part — almost 400 companies are listed by Stop Hate For Profit as participating — sends a clear message. “The more organizations that band together, the greater the impact will be to influence the change that we need to see. That’s really what we’re looking for in taking a stand together with other organizations,” Bruschke said. “That’s the message we want to send: This isn’t right and we will not stand for that. We need to advocate for that change that we need to see happen.”

While the campaign is for the month of July, both CAA and Desjardins will keep an eye on its progress.

“I think our support will stay until we see some change happen. But, certainly, it’s still early on in his campaign. So we will evaluate what the response has been and what our next steps will be based on that,” Tsai said. “Right now, there is such great momentum for this sort of accountability in the world right now and certainly the importance of making sure people are aware of the fact that there is a lot of misinformation being spread out there and there is a real threat to the public discourse if we allow that to happen.