Why Intact execs set their sights on The Guarantee, MGA Frank Cowan

Intact’s proposed $1-billion acquisition of The Guarantee and the managing general agent Frank Cowan is intended to bolster the company’s strength in specialty lines – primarily in the areas of surety, public entities, and high-net worth clients, company executives said in an investors’ call Thursday. 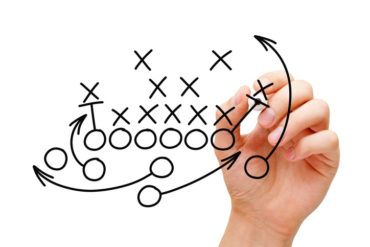 “Overall, it would be difficult to find a better strategic fit,” Intact Financial Corporation (IFC) CEO Charles Brindamour said of the two acquired companies during an investor call Thursday. “The transaction solidifies IFC as a leading North America specialty insurer, with annual premiums of $3 billion in that segment — a target we set for ourselves not too long ago.”

The deal follows IFC’s acquisition of U.S. specialty insurer OneBeacon in September 2017 for $2.3 billion. That deal had already established IFC as a major player in the North American specialty segment. At the time, the OneBeacon deal had given IFC more than C$2 billion in combined annual premiums focusing on small to mid-sized businesses.

The deal with The Guarantee and Frank Cowan, which is expected to close in 2019 Q4, fits Intact’s strategic objectives to bolster its presence in three specific areas, Brindamour said during the investors’ call.

“The transaction takes us to a Top 6 position in the attractive surety segment in North America, which will further solidify our ability to run [Intact’s combined ratio] in the low 90s,” he said.  “One-third of the acquired portfolios is surety, where The Guarantee has a long history of success and a strong presence on both sides of border in contract surety, which complements our own strength in both commercial and contract surety. Both products will now benefit from joint expertise and a broader distribution footprint.”

A second boon for Intact is in the strategic area of public entities, which comes connected to an expanded distribution network.

“With Frank Cowan, we acquire a business [that] sits between our existing manufacturing distribution platforms in specialty lines,” Brindamour said. “This company is a leading managing general agent, or MGA, in the public entities space. It’s very well known for its strong relationships both with customers and insurance marketers. Frank Cowan Company currently drives approximately 20% of The Guarantee’s premium volume. The MGA platform provides potential to accelerate further our specialty lies growth aligned with our risk appetite.”

The third strategic area where the deal will help Intact, Brindamour said, is in the addition of products for high net worth clients.

“Approximately one-third of The Guarantee’s portfolio is personal lines, with a focus on high net worth products,” he said. “This is an area and segment not yet tapped, and The Guarantee’s expertise in this segment rounds out the personal property and auto products here in Canada very nicely.”

Louis Marcotte, senior vice president and chief financial officer at IFC, broke down some of the financial details of the $1-billion deal during the investor’s call Thursday.

“The purchase price represents a valuation of Frank Cowan company, the MGA, at roughly $150 million, using an 11-times multiple by the MGA’s 2018 EBITDA,” he said. “The remaining $850 million is allocated to the insurance company and represents 1.3x book value.”

Roughly 40% of the purchase price, about $400 million, will be equity-financed by way of a subscription receipts offering launched Thursday. The subscription receipts will be convertible into common shares at the close of the transaction. The rest of the deal with be financed with a mix of IFC’s own excess capital and short-term bank debt. Excess capital from the acquired company’s balance sheets will be used to repay a portion of the bank debt.

Following close, the company expects a Minimum Capital Test (MCT) score of 195%, and a total capital margin of approximately $1.2 billion.

Intact appears to have an appetite for further acquisitions based on a concluding remark by Marcotte during the call. He noted the acquisition of The Guarantee and the MGA Frank Cowan was “conservatively structured,” allowing the company to maintains a very strong balance sheet. This, he added, “positions us to continue to take advantage of further consolidation opportunities as they arise.”