Those pining for the freedom to pick and choose when they’ll work from home and when they’ll go to the office may be in for a surprise, panellists of a recent insurance webinar warned.

On one hand, it’s unlikely that most property and casualty insurance companies will mandate a full-time return to the office. But they also won’t let everyone work from home whenever they want, the panel of P&C insurance executives agreed.

Somewhere in the middle of the two extremes is more likely. But those thinking they will have full autonomy over their schedule should be aware that they won’t have the amount of flexibility they hope for or expect, warned David Perez, chief underwriting officer of global risk solutions North America at Liberty Mutual Insurance. He was speaking during the session entitled Working from Home, Forever: A View from the Top, as part of the virtual Casualty Insights Conference hosted by Advisen.

“I think the hybrid model is the most likely outcome of this; that the companies will settle into some type of routine that involves that hybrid model,” Stephen Hackenburg, chief broking officer of national casualty at Aon, predicted when opening up the panel discussion.

It will be important for companies to focus the policy at the teams level, as opposed to the level of individual employees, he added. Otherwise, the logistical challenge will be too high.

“I mean, what’s the point of coming back to work if teams aren’t together and collaborating?” Hackenburg asked. 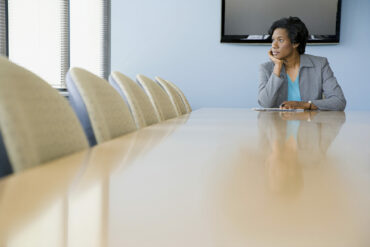 Perez agreed the hybrid model was most likely, but it only works when enough of your colleagues are present at the office, he said. He was building on Hackenburg’s point about the need for your team to be present.

“I think [the hybrid model is] going to involve less flexibility than people think,” Perez said. “You have to have enough peers and enough leadership present to make it worthwhile. It doesn’t make sense to go into an office and just open up your computer and do everything virtually just from an office.”

In other words, people may not be able to create or stick to a personalized schedule if it doesn’t mesh with the needs of their team, Perez suggested.

The panellists offered the following example: If a team meeting is required, what’s the point of having five members of the team in the office and three working remotely? Conducting meetings with a segment of the group in one place and others in their own is problematic, they said.

“I think we can all remember the days when you’d have a meeting, there’d be 10 attendees in the meeting, and eight would be in the conference room and two would be dialing in,” Hackenburg said. “And I think everyone can recall how awkward it was for the dial-in folks to feel like they were participating and active in the call and their voices were adequately heard.”

To guard against that, Hackenburg figures there will be rules around how people attend meetings — either all are together or all are on a video call. “[Do] it that way even if you’re at your desk — put everybody on the same sort of experience.”

Fellow panellist Pam Ferrandino, vice president at Gallagher Bassett, agreed with the hybrid model and that a video call with your team is more effective than a conference call.

“When you have people in different environments, you can see when the person is on camera [and] in the room virtually. They need to be more engaged than if they’re just on the phone [where] they could be working on something else at the same time or on their phones,” she said. “We’ve made so much progress over the past 12 months using the technology of a WebEx or virtual call to get more out of it.”