Why the pipeline of diverse talent keeps drying up

Market conditions have led to broken talent pipelines which, in turn, have had a negative effect on companies being able to have a proper diversity, equity and inclusion (DE&I) program, a financial executive told a group of risk managers recently.

The market implosion, a byproduct of pandemic-induced business lockdowns, is at least partially responsible for the lack of women and people of colour in higher positions across the business industry, speakers suggested during the recent RIMS Live virtual global event for risk managers.

A long-term and successful DE&I program hinges on three pillars, said Carla Harris, vice chairman and managing director of Morgan Stanley. Business leaders must be intentional, accountable, and consistent. Unfortunately, many companies haven’t adhered to those pillars over a number of decades, she added.

Conversations around DE&I have been going on for 30 years, Harris said, so why aren’t things further along? She explained that DE&I is “a bull market phenomenon.” In other words, during good market conditions, lots of resources are available for supporting diversity initiatives.

“Lots of recruiting, you have great entry-level programs, and you bring lots of people of colour and lots of women into the organization,” as Harris put it. 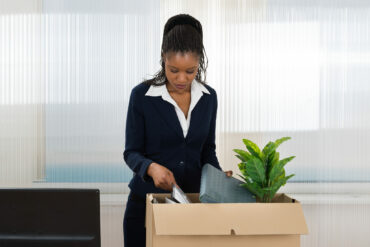 But every handful of years, there’s a pull-back when markets tank. The 1990s saw multiple economic recessions. The Sept. 11, 2001, terrorist attacks led to another recession. A global financial recession spilled into the previous decade. And now, the COVID-19 pandemic has caused business shutdowns, throwing us into another recession.

And when that happens, the diversity pipeline dries up, and no one from diverse communities moves up into the ranks. That means starting DE&I programs all over again. “You need to be intentional about making sure that all of your DE&I efforts are sustained at a very aggressive level across all economic cycles if you don’t want to have to constantly reinvent the wheel,” Harris advised.

As for accountability, leaders often say how important diversity is to them. But you’ll often find diversity at the top and the bottom of the organization. What about the middle?

“Where failure happens is that the immovable middle,” Harris said. “Senior leadership can say [DE&I] important, but it’s the middle-level managers where people encounter trouble and obstacles. And that’s where your great people leave the organization.”

To maintain accountability, people need to ask questions about what’s being done to create a diverse team and how people are promoted within the organzation.

“If people aren’t moving, if the women and people of colour aren’t moving on the team, what is the problem?” Harris said. “What’s happening? How can the organization help you, Manager, and you, Leader, to make a difference in this next 12-month cycle?”

Once accountability is consistent, then change happens.

“If you do not have women and people of colour in visible senior positions, then you need to make sure that you do so, and you do so quickly,” Harris urged.