Why the risk for small car drivers is growing

Small cars may be even more dangerous to drive these days just because they are sharing the road with an increasing number of larger vehicles, which have dominated new auto sales in recent years.

The Insurance Institute of Highway Safety (IIHS) calculated driver death rates and found small and mini car models made up 15 of the top 20 spots.

The fact that drivers of smaller cars are more likely to die in a crash with a bigger vehicle perhaps isn’t surprising. Smaller cars have a smaller mass and are outweighed by bigger vehicles that can inflict more damage. But the fact that there is a growing number of larger vehicles on the road is contributing to greater risk, the IIHS says.

Light trucks — a vehicle category that captures sport utility vehicles, pickups, and crossover utility vehicles — have made up the majority of new automobile sales in Canada in recent years. Richmond Hill, Ont.-based DesRosiers Automotive Consultants reported that light truck sales accounted for about 75% of all vehicle sales in Canada in 2019. The SUV segment alone accounted for nearly half (48%) of all sales in the category. In June, DesRosiers reported nearly 80% of new auto sales were light trucks.

So having more light trucks driving around “certainly has an effect on the relative safety of smaller cars on the road,” IIHS spokesperson Joe Young told Canadian Underwriter. “When they crash, they’re more likely to crash with larger, heavier vehicles. When that happens, the smaller car has to manage more crash energy, which usually results in a more severe outcome for the smaller vehicle.”

Smaller cars are taking the brunt of these collisions and they offer less protection for the driver in a crash, Joe Nolan, IIHS senior vice president of vehicle research, said in his group’s report. 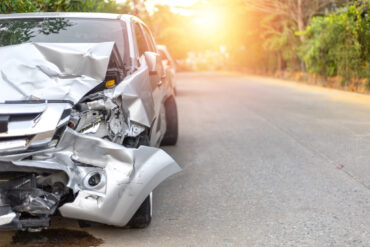 Furthermore, “early model vehicles are certainly not equipped with today’s safety features, and thus there is the potential for increased injuries and more severe damage due to the lack of technology,” Jason Arnott, manager of quality control at Toronto-based CSN Collision Centres told Canadian Underwriter.

Vehicles rolling off the assembly line in the last couple of years are also being equipped with safety equipment and collision avoidance technology that they didn’t see before.

“Entry-level vehicles are now being equipped with full supplemental restraint systems (SRS) as well as advanced driver assistance systems (ADAS) features to ensure vehicles are not coming in contact with each other and thus reducing the amount of accidents on the road,” Arnott said.

Efforts have been made in recent years to help SUVs inflict less damage on cars. “SUV bumpers and crash absorbing structures are lower than they used to be, which can improve the outcome for a smaller car that crashes into them,” Young said.

Still, it’s still big versus small at the end of the day.

“The difference in weight, however, is still an important factor,” Young noted. “Heavier vehicles inherently provide more crash protection in car-to-car crashes. For this reason, small cars typically dominate the top places on our ranking of driver death rates. Conversely, those vehicles with the lowest rates of driver deaths are often larger vehicles.”

Further complicating matters, Arnott pointed out, there could be additional damage beyond what one can see on the surface. “Crash containment zones, unitized construction, high strength steel and ultra high strength steel, and structural reinforcements may mask what is hidden inside or in the structure of a vehicle,” he said.

Vehicle repair shops could create more damage or work for themselves without fully dismantling a vehicle for a repair or researching for the repair, he added.