A software consulting firm that was sued in Quebec for $6.25 million can rely on a limitation of liability clause in its consulting and integration contract, the Supreme Court of Canada ruled in a decision released Friday.

In 2016, a Quebec Superior Court had ordered Mississauga, Ont.-based Createch to pay Rivière-du-Loup, Que.-based Prelco $2.2 million in damages. That ruling was upheld by the Quebec Court of Appeal.

“A non‑liability clause does not by its nature have the effect of negating obligations,” Chief Justice of Canada Richard Wagner and Justice Nicholas Kasirer wrote for Supreme Court of Canada in its unanimous ruling reversing the Quebec judgements.

Originally, Createch was ordered to pay Prelco nearly $1.9 million ($2.2 million in damages, offset by $331,000 that Prelco still owed Createch on the original contract).

The result of the Oct. 15, 2021 Supreme Court of Canada decision is that Createch now only has to pay Prelco what it cost to hire another company to fix a faulty system, while Prelco must pay an unpaid invoice to Createch.

Key to the decision to overturn the 2019 Quebec Court of Appeal ruling is the Supreme Court’s finding that the limitation of liability clause was negotiated by two sophisticated companies and was not in a contract in a consumer purchase agreement. 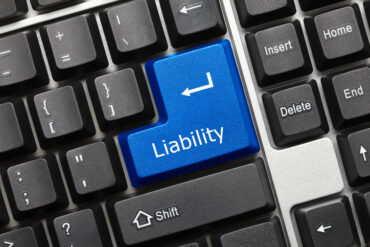 Originally in 2016, Justice Pierre Ouellet of the Quebec Superior Court ruled that a limitation of liability clause did not apply.

The Supreme Court of Canada countered that with its Civil Code, the Quebec national assembly intends to “strike a balance between the concept of public order and the principle of freedom of contract” Justice Wagner and Kasirer wrote. “The general law of obligations leaves the contracting parties free to apportion the risk of nonperformance between them.”

It all began in 2008 when Prelco retained Createch for technology consulting and integration services.

Prelco manufactures glazing products for buildings and specialty vehicles. Createch landed a contract to implement a management system to integrated Prelco’s databases. But later on, Prelco had problems including inconsistent invoices sent to customers, errors in putting orders into production, shipping delays and a slow planning and production system. So in 2010, Prelco terminated its contract with Createch.

Prelco eventually sued Createch for $6.247 million in damages (claiming reimbursement of an overpayment, costs for restoring its system, the reimbursement of claims from customers and loss of profits) while Createch counter-sued for $331,000 for the unpaid balance of its project.

The limitation of liability clause, originally found by the Quebec courts to be inoperative, read as follows:

Createch’s liability to the client for damages that can be attributed to any cause whatsoever, regardless of the nature of the action, whether provided for in the agreement or delictual, shall be limited to amounts paid to Createch under the Agreement unless such damages result from gross negligence or wilful misconduct on Createch’s part. If such damages result from the delivery of unsatisfactory services, Createch’s liability shall be limited to the amount of any fees paid in relation to the said unsatisfactory services.

Createch may not be held liable for any damages resulting from the loss of data, profits or revenue or from the use of products or for any other special, consequential or indirect damages relating to services and/or material provided pursuant to the Agreement unless such damages result from gross negligence or wilful misconduct on Createch’s part.

In his 2016 ruling, Justice Ouellet found that Createch failed “to properly identify and propose management software and a development approach suited to Prelco’s situation such that the integrated management system would be fully operational.”

In 2019, the Quebec Court of Appeal dismissed Createch’s appeal, concluding that Justice Ouellet had not erred in finding that the non‑liability clause was inoperative for the purposes of article 1438 of the Civil Code of Quebec. The limitation of liability clause affected a fundamental obligation of the contract, three appeal court judges agreed.

Article 1438 of the Civil Code reads: “A clause which is null does not render the contract invalid in other respects, unless it is apparent that the contract may be considered only as an indivisible whole. The same applies to a clause that is without effect or that is deemed unwritten.”

Article 1474 of the Civil Code reads: “A person may not exclude or limit his liability for material injury caused to another through an intentional or gross fault; a gross fault is a fault which shows gross recklessness, gross carelessness or gross negligence. He may not in any way exclude or limit his liability for bodily or moral injury caused to another.”

Article 1458 of the Civil Code reads: “Every person has a duty to honour his contractual undertakings. Where he fails in this duty, he is liable for any bodily, moral or material injury he causes to the other contracting party and is bound to make reparation for the injury; neither he nor the other party may in such a case avoid the rules governing contractual liability by opting for rules that would be more favourable to them.”

However, another Civil Code provision – article 1475 – means that Quebec’s National Assembly has permitted the use of limitation of liability clause “in the name of freedom of contract in the event of material injury, although it has imposed certain limits,” Justices Wagner and Kasirer wrote for the Supreme Court.

Article 1475 reads: “A notice, whether posted or not, stipulating the exclusion or limitation of the obligation to make reparation for injury resulting from the nonperformance of a contractual obligation has effect, with respect to the creditor, only if the party who invokes the notice proves that the other party was aware of its existence at the time the contract was formed.”

Other Quebec Civil Code provisions show that the National Assembly intends to permit companies to make mutual agreements to share risks, and “confirm that the parties may foresee and stipulate the damages for which they will be liable in the event of nonperformance,” wrote Justices Wagner and Kasirer.

For example, Civil Code article 1613 reads as follows: “In contractual matters, the debtor is liable only for damages that were foreseen or foreseeable at the time the obligation was contracted, where the failure to perform the obligation does not proceed from intentional or gross fault on his part; even then, the damages include only what is an immediate and direct consequence of the nonperformance.”