Why this American auto insurer lost its priority dispute in Canada

Yes, an American auto insurer can be the priority insurer for an accident that happens in Canada. 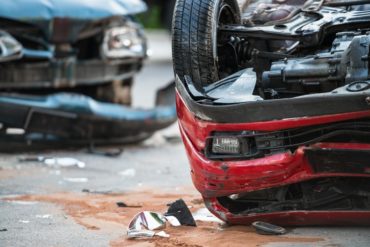 GMAC insured a New York State resident who was a passenger in a car that got into a collision in Ontario. The U.S.-based insurer is not licensed to sell insurance in Ontario.

The claimant applied to Coseco for statutory accident benefits, which Conseco paid. The Ontario insurer then went to arbitration to resolve the priority dispute with GMAC and Liberty Mutual.

GMAC appealed the decision of the Ontario arbitrator, who found that GMAC was the priority insurer.

GMAC argued that the priority dispute rules in Ontario’s Insurance Act should not apply outside of Ontario. In other words, the act’s rules for determining priority disputes would not agree with the legal principle that there should be territorial limits on provincial jurisdiction.

But the arbitrator disagreed, noting that GMAC was a signatory to the Canada Non-Resident Inter-Province Motor Vehicle Liability Insurance Power of Attorney and Undertaking (PAU).

Established in 1964, the PAU is generally filed by insurers in the United States who issue motor vehicle liability policies outside of Canada, as noted by the Canadian Council of Insurance Regulators (CCIR). Signatories to the PAU agree to certain conditions if an insured is involved in a motor vehicle accident in Canada. For example, the company agrees to meet the minimum third-party liability limits required in the province or territory where the accident took place.

The Ontario arbitrator found that it would be illogical for a U.S.-based insurer to be bound to paying out accident benefits claims under the terms of the Ontario Insurance Act, as established in the PAU, but not be bound by the act’s priority dispute system to resolve those claims.

“To limit the out-of-province insurer to only being bound by section 268(1) of the [Ontario] Insurance Act would not make any legislative or practical sense,” Ontario Superior Court of Justice Shaun Nakatsuru wrote, rejecting GMAC’s appeal of the arbitrator’s decision. “If the out-of-province insurer is bound to provide statutory accident benefits to an individual, then that same insurer is going to have any priority dispute determined under section 268(2) of the Insurance Act.

“It would make little sense that an insurer could be obliged to provide those statutory accident benefits and yet not be obliged to participate in the scheme to determine which of a variety of insurers is obliged to pay those benefits.”