A motor vehicle personal injury lawsuit, involving Ontario’s family protection endorsement and multiple defendants when alcohol is involved, could be headed to the Supreme Court of Canada.

A key question before the top court — if it decides to hear Tuffnail v. Weekes — is what happens when an injured plaintiff wins a lawsuit against an underinsured at-fault driver, does not sue a different defendant who is nonetheless later found liable, and the plaintiff also claims under the OFCF 44R family protection endorsement on their own auto policy.

Gregory Tuffnail was seriously injured, as a passenger, in a single-vehicle collision in September 2009. The accident happened after a wedding reception at a community centre at St. Paul’s Station, about half-way between London and Kitchener. The driver was impaired. A second passenger was killed.

Tuffnail’s OPCF 44R family protection endorsement was with State Farm. The OCPF 44R is excess insurance, and the dispute is over exactly what the insurance is in excess of.

Tuffail’s lawyers argue that State Farm should not be able to deduct the insurance limits of a bartender from what Tuffnail receives under his family protection endorsement. That bartender was not named by Tuffnail as a defendant but was nonetheless found about 11% liable. 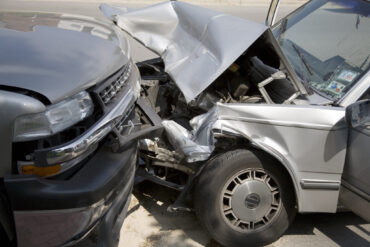 Tuffnail is applying for leave to appeal Tuffnail v. Meekes, released June 1 by the Court of Appeal for Ontario.

As a result of a 2017 jury trial, Tuffnail was awarded about $3.5 million. The driver was found 65% liable but only had $200,000 in insurance coverage. The groom who hosted the reception (and who died before the trial) was also named as a defendant. The groom’s estate was found to be about 20% liable. Tuffnail himself is 3.85% liable because he was contributorily negligent.

Of the trial award, Tuffnail got about $1.898 million from the groom’s estate (whose insurance limit was $2 million) and $189,780 from the at-fault driver. About 5% of the defendants’ insurance proceeds were awarded to the heirs of the second passenger, who was killed. So that leaves him about $1.5 million short of the jury award.

As it stands, State Farm owes $347,000 to Tuffnail under his family protection endorsement. That is one a result of the June 2020 Court of Appeal for Ontario ruling.

Originally, Justice Helen Rady of the Ontario Superior Court of Justice ruled that State Farm must pay Tuffnail $800,000. That amount is the difference between the policy limit and the $200,000 limit of the impaired driver defendant.

The appeal court reduced State Farm’s liability to Tuffnail on the grounds that the bartender’s insurance is “available” to Tuffnail because Tuffnail could have sued the bartender. Justice Redy disagreed, but her finding was overturned on appeal. So this means State Farm can deduct $3.2 million (the combined total insurance limits of the driver, groom, who hosted the reception, and bartender) from the original court award, in calculating what State Farm has to pay Tuffnail on his family protection endorsement.

Related: How an insurer in an “underinsured” auto case reduced its exposure by more than $452K

The problem with the appeal court ruling is it does not explain exactly how the bartender’s insurance money is actually available to Tuffnail, said Jim Virtue, a London, Ont.-based partner with law firm Siskinds LLP, who is representing Tuffnail in court.

How much Tuffnail should get from State Farm is one of the main issues that Tuffnail wants to bring to the Supreme Court of Canada, Virtue said. The other issue is how the remaining amounts owing on the award should be split between the groom’s estate and the bartender, given that the at-fault driver was only able to pay a small fraction, despite being 65% liable.

The Canadian operations of State Farm have since been acquired by Desjardins Group.  A Desjardins spokesperson told Canadian Underwriter the insurer is not commenting outside of court to media because the matter is ongoing litigation.

The OPCF 44R family protection endorsement covers clients if an at-fault driver is underinsured, uninsured or unidentified. It also stipulates the coverage is excess to amounts that are “available” from “the insurers of a person jointly liable with the inadequately insured motorist for the damages sustained by an insured person.”

Key to the June 2020 appeal court ruling was its finding that State Farm’s third-party claim was, “in substance,” a subrogated claim on behalf of Tuffnail.

“Even if you follow that legal construct, how does the million dollars flow through to Tuffnail?” Virtue said in an interview. “Because if State Farm is getting credit for money that is supposedly available to its insured, surely the insured should have the benefit of that million dollars [of the bartender’s liability insurance].”

Originally, Justice Redy noted that an earlier version of Ontario’s family protection endorsement said the amount payable is excess to “any amount actually recovered by the eligible claimant from any source (other than money payable on death under a policy of insurance) and is excess to any amounts the eligible claimant is entitled to recover (whether such entitlement is pursued or not)” from several sources including those who are jointly liable.

But the phrase “whether such entitlement is pursued or not” is not in the current version of the OPFC 44R.

“We said to the trial judge, ‘the [Ontario] legislature must have taken that out for a reason,’” said Virtue.

As for amounts owed by the bartender and groom’s estate, Tuffnail’s lawyers are arguing there should be a “pro-rata apportionment between the remaining defendants who can actually pay,” said Virtue.