Economical Insurance recently won a case against a developer of solar energy projects that turned on the wording of an additional insured endorsement in a Commercial General Liability (CGL) policy. 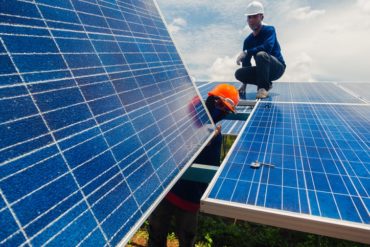 Economical ultimately convinced the Ontario Superior Court that insurance coverage was not owed to Sky Solar (Canada), which was named as the additional insured on its contractor’s CGL policy.

Even if Sky Solar had been entitled to coverage under the policy, it would have been void, the court ruled, because a policy exclusion clearly prohibited the insured from settling a claim before it notified the insurer about the loss.

Under the terms of the contracts, Marnoch purchased a CGL policy from Economical through Marnoch’s insurance broker Firstbrook, Cassie & Anderson (FCA). Sky Solar was named as an additional insured under the CGL policy, which specified that the contractor, Marnoch, was the named insured.

Marnoch’s policy included an “Additional Insured Endorsement” stating that the insurance “applies to those stated as ‘Additional Insureds,’ but only with respect to liability arising out of the operations of the named insured.”

Several months after the sale, a fire caused by a solar transformer ignited at one of the project locations. Both projects were shut down for investigations and repairs. Sky Solar was liable to Firelight for remediation costs and loss of income based on contractual warranties, so Sky Solar settled the warranty claims and voluntarily paid the settlement amount to Firelight. After Sky Solar settled the claims, it then notified Economical that it was making a claim for indemnity under the CGL policy.

Sky Solar made a claim against Economical, arguing that it was entitled to indemnification for the amounts it paid to Firelight. Economical denied coverage.

Sky Solar then took Economical to court, asking for a declaration of coverage under the CGL policy. The solar energy developer also claimed damages in negligence for FCA’s role as the insurance broker that issued certificates of insurance.

The court ultimately found in favour of the insurer. It also confirmed that FCA had done nothing wrong, having properly issued the certificates of insurance in good faith.

In siding with Economical, the court noted that the policy coverage to the additional insured [Sky Solar] applied only to “liability arising out of the operations of the named insured [i.e. Marnoch].” But the liability in this case arose out of Sky Solar’s actions and not those of Marnoch’s, the court found.

Secondly, the court observed, a policy exclusion clearly applied in this matter. “By settling with Firelight and paying Firelight without Economical’s consent, Sky Solar failed to comply with the clear wording of Condition 4 of the policy, which stated that the insured shall not ‘voluntarily make a payment, assume any obligation, or incur any expense, other than for first-aid, without our consent.’”