Why this strata’s bylaws on Airbnb were deemed unenforceable

If you own a strata lot in Vancouver, can you use your unit for short-term accommodation through Airbnb?

Yes, if your strata bylaws support short-term rentals in your building, according to Airbnb. 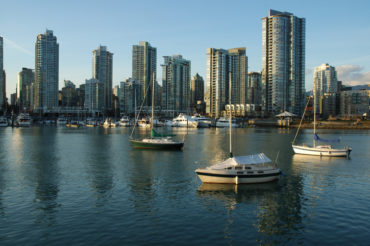 But in two recent cases before the province’s Civil Resolution Tribunal, the tribunal concluded that a strata’s bylaws were unenforceable because they were not passed in accordance with requirements set out in section 128(1)(c) of the Strata Property Act (SPA).

The question of whether or not homeowners are insured when participating in home-sharing programs has come up over the past few years, and the question came up recently in the context of strata unit owners. Two recent cases before the tribunal tackled whether strata bylaws did in fact support or prohibit short-term rentals through Airbnb (the tribunal did not address the insurance question).

Insurers caution their customers to check with their insurance providers first, before participating in short-term rentals, lest neither the policyholder nor the guest are covered under a strata policy.

Located in Vancouver, the strata involved in the tribunal case was created in 1994 and consists of over 200 strata lots – both residential and non-residential – in a 32-storey building.

Safarian v. The Owners, Strata Plan LMS 1455 and The Owners, Strata Plan LMS 1455 v. Koncewicz, were both released Jan. 23 and dealt with the interpretation of strata bylaw 6.3. In March 2002, the strata filed consolidated bylaws with the Land Title Office, which repealed and replaced all previous bylaws. The bylaws included bylaw 6.5 (later renumbered as bylaw 6.3, although the wording did not change), which stated that:

“There is no evidence before me that the bylaw amendments in question were ever put to a vote at an AGM or special general meeting (SGM) of the Residential Section, as required in SPA section 197,” tribunal vice chair Kate Campbell wrote in Safarian. “Rather, the evidence clearly establishes that the vote to bring in bylaw 6.3 occurred at an AGM of the strata corporation, held on March 19, 2002.”

Campbell ordered that the strata immediately refrain from enforcing its bylaw amendments filed from 2002 onwards. In addition, the tribunal member ordered the reversal of any bylaw fines charged to the applicants’ strata lot accounts for violations of bylaw 6.3.

In The Owners, Strata Plan LMS 1455 v. Koncewicz, the strata sought payment of $3,400 in bylaw infraction fines, plus an order than Jan Koncewicz stop using his strata lot for short-term accommodations. Koncewicz said that the claims should be dismissed because the bylaws do not prohibit short-term accommodations or rental and that “the strata fined him multiple times for the same incidents, and that some of the bylaw fines are not for [Airbnb], so its claim for $3,400 is inaccurate.”

Campbell dismissed the dispute and the strata’s claims. “I adopt my reasons in [Safarian] as my reasons in this dispute, and do not repeat them here.”