Why your travelling clients shouldn’t rely on public health insurance

Ontario residents who purchase private travel health insurance coverage before traveling outside of Canada will likely not notice the impact of the province’s new proposal to stop OHIP coverage for residents travelling abroad, one executive in the travel insurance business suggests. 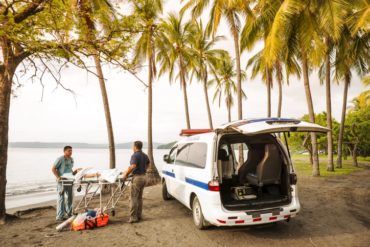 Ontario currently pays only a very limited amount – about 5% — of costs related to emergency medical expenses that may arise when Ontario residents travel abroad. The Ontario Ministry of Health and Long-Term Care is proposing to end that coverage, which it says costs the Ontario government $2.8 million to administer and $9 million in claims payments.

In an interview with Canadian Underwriter Friday, Keon observed that medical care expenses in jurisdictions such as the United States are quite high, and the coverage offered by OHIP is just a tiny fraction of that.

For example, Ontario’s OOC Travellers Program pays up to $50 per day – or the amount billed by the hospital, whichever is less – for emergency outpatient services.

To put this into perspective, the U.S. National Institute for Health conducted a study in 2013 that showed the median charge for outpatient conditions in a U.S. emergency room was $1,233. Upper respiratory infections had the lowest median charge of $740, while a visit for a urinary tract issue such as a kidney stone was charged the highest median price of $3,437.

For emergency inpatient hospital services abroad, the Ontario program will pay $400 per day — including visits to an operating room, a coronary care unit, an intensive care unit, or a neonatal or pediatric special care unit. The amount is reduced to $200 per day for lower levels of hospital care.

Both Ontario and the federal government strongly advise travelers not to count on Canadian public health insurance to pay their emergency medical bills if something unexpected happens while they are traveling abroad. “Unforeseen bills can ruin a vacation, so it is recommended that Canadians purchase the best travel insurance they can afford before leaving the country,” the federal government cautioned in a press release in January.

As far back as 2012, in a notice still posted on the health ministry’s website, Ontario advised residents: “You are strongly advised to purchase additional health insurance every time you leave Canada to cover any expenses in excess of the limited funding provided by OHIP. You should also ensure that you understand the amount of protection provided by your supplementary health insurance provider because the amount of coverage may vary significantly from one insurance carrier to another.”

For Ontario residents who purchase travel health insurance coverage before their trip, they would not likely notice the impact of the Ontario government’s proposal, if passed, Keon said. For example, if a person is covered under a travel health insurance plan, the private health insurer would pay for the allowable medical expenses up front, and then the private insurer would go back to OHIP to recoup the amount allowed under OHIP. “That all happens at the back end,” Keon said.

For private insurers, the Ontario government’s proposal means that they would no longer be able to recoup the 5% of the costs that are currently allowable under OHIP. That could become more of an issue for private insurers if other provinces were to follow Ontario’s lead, Keon observed.