Bill 41, the Insurance (Enhancing Driver Affordability and Care) Amendment Act, passed second reading Wednesday. First introduced by the Alberta government Oct. 29, the bill proposes changes that would, among other things, expand the number of injuries coming under the minor injury regulation, and it would limit the number of expert witnesses that could be used in motor vehicle accident injury claims.

New Orders in Council effective Nov. 1 enacted changes related to the Minor Injury Regulation and other regulations. These changes “should reduce claims costs and stabilize premiums in the system,” Celyeste Power, the vice president of IBC’s Western region, said in an interview Thursday.

Among the changes to the minor injury amendment regulation, the definition of a ‘certified examiner’ now includes dentists. Plus, the definition for a minor injury has been widened to include a sprain, strain or whiplash-associated disorder injury “caused by the accident that does not result in serious impairment,” whether physical or psychological in nature. 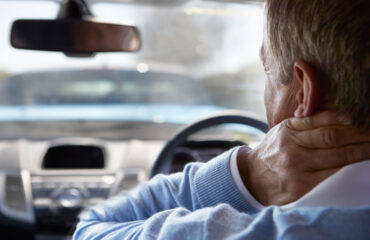 Due to a vulnerability in the current minor injury definition in the province, Power explained, “what was happening for a while in the auto insurance system in Alberta is that claims costs related to pain and suffering around injuries that are considered minor in most other jurisdictions…were not being considered minor in Alberta. That was leading to more and more settlements outside of the minor injury cap, leading to higher claims costs.”

To ensure people with designated minor injuries are able to get better and recover more quickly, the government’s new bill adds dentists, occupational therapists, and psychologists to the diagnostic treatment protocol. “So, where they refined the minor injury definition, which will reduce claims costs, they did expand the treatment and care to make sure that people could get better, which comes at a cost itself.”

If passed, Bill 41 would limit the number of experts that can be used in motor vehicle accident injury claims, effective Jan. 1, 2021, Miller Thomson LLP lawyers Tessa Green and Cynthia Carels wrote in an article on Mondaq Nov. 16. Where the claimed damages are $100,000 or more, parties are limited from calling more than three expert witnesses and submitting more than one report per expert. For claimed damages $100,000 or less, parties can’t call more than one expert witness and submit more than one report from that expert on motor vehicle injury damages.

There are exceptions, Green and Carels wrote. For example, a party may tender expert evidence of one or more additional experts with the consent of all other parties, or the parties may call a “joint expert.”

Power said it remains to be seen how effective the legislation will be in reducing expert witnesses.

“What we did see too often, which I think is unfair to consumers, is that ‘duelling expert’ piece,” she said, referring to experts who offer different opinions. “Then you’re getting another expert on top of another expert. It’s very costly; it really delays the decision for the consumer. So, we’re hopeful this will help reduce costs in the system as well.”