Will NatCats cause your business clients to leave hot spots?

After going through a wildfire and multiple flooding events over the last few years, it’s reasonable to believe that businesses are re-thinking about being in Fort McMurray, Alta., says a Canadian P&C insurance executive.

“We did have a couple of Cats in Canada this year,” McNulty told Canadian Underwriter. “Certainly many, many insurers paid flooding losses in Fort Mac. I think many insurers paid hail losses in Calgary. I think the crop insurers were hit very hard this year in all prairie provinces. So I think what’s happening is that many, many businesses are thinking about their footprint in these high Cat-exposure areas.” 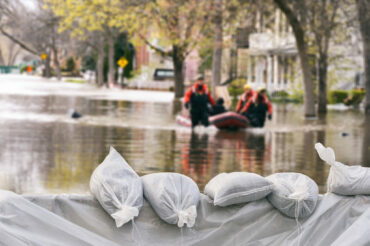 The question businesses might be asking is whether they need to be in a place like Fort McMurray, which saw $562 million in insured damages in the spring of 2020 due to flooding.

Options for businesses might include re-locating to a lower-risk geographic area in the province, or perhaps reduce space in locations on the outskirts of Calgary, where a summer hailstorm caused $1.3 billion in insured damages this past summer. Or perhaps they might re-think Alberta in general, since the top three most-costly insured weather events last year all came from the Wildrose province.

The Calgary hailstorm in 2020 was the most expensive hailstorm event in Canada’s history. The Fort McMurray flooding was the second-costliest event last year. And the July and August storms in central and southern Alberta were third at $221 million, according to data Insurance Bureau of Canada gathered from CatIQ.

“Can we contract our [commercial] footprint? Can we do business in a much more cautious way on the ground in those high-exposure areas?” McNulty noted as questions being asked. “I think that work is being done.”

It’s not just an Alberta problem, he qualified. “I think a lot of companies were looking at their Cat exposure in British Columbia this past year. For the insurance business, there’s a whole new model that’s out. So looking at the level of Cat exposure beyond just fire and flood exposure in B.C., I think you’ll see some changes that way. That’s still very much a concern — the natural catastrophes.”

In addition to NatCat risks, McNulty is looking at Canadian P&C marketplace developments such as new entrants and mergers and acquisitions. You don’t have to look far to see things changing in that regard, he pointed out.

“Certainly a lot of M&A, just in our own insurance space in 2020 — Aon acquiring Willis or Intact with a big acquisition this year [of RSA] as well,” he observed. “I think that’s true for most sectors. It’s still very common, that M&A activity.”