A small earthquake that struck Nova Scotia’s western shore Saturday has again highlighted the lack of uptake of earthquake coverage in Atlantic Canada.

At about 10:30 a.m. on the morning of Sept. 29, a magnitude-3.1 quake struck off the coast of Mavillette, N.S., between Digby and Yarmouth. Earthquakes Canada reported the quake was “lightly felt” in the Digby and Yarmouth areas, but there were “no reports of damage and none would be expected.” 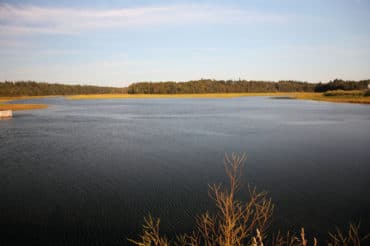 The region has seen several earthquakes – albeit small – in recent years. A magnitude-3.6 tremor hit about 60 kilometres southwest of Digby on Canada Day in 2015, CBC reported Sunday. In 2016, a magnitude-3.0 quake was centred about 19 kilometres north of Yarmouth.

In New Brunswick, 23 earthquakes have rattled the province over the past month, according to CTV News. That includes 14 in the vicinity of McAdam, N.B. between Mar. 27 and Apr. 3. The tremors ranged in magnitude between 0.2 and 2.6.

So, are consumers purchasing more earthquake coverage in light of these recent tremors?

Wayne Ezekiel, president of AA Munro Insurance, said requests for earthquake coverage usually take place after a small Maritime quake has occurred, “but as a rule, our customers rarely ask about it.” AA Munro, an independent insurance brokerage that has about 20 locations in Nova Scotia, has a handful of clients that carry the coverage, and there are usually only one or two inquiries per year.

“Sometimes after a large earthquake occurs elsewhere, we will get an inquiry about the cost to add the coverage,” Ezekiel said Monday, adding that the average home would pay $150 to add the coverage, with a 5% deductible. “When a client weighs this with the other potential risks, they generally decide against pursuing it. This is mostly likely because we have not incurred any major damage in the Maritimes from seismic activities in recent memories.”

The Swiss Re Institute said in a July 2017 report that only 3.4% of homeowners in eastern Canada have earthquake coverage, compared to 65% in Vancouver and Victoria, B.C.

Ezekiel compared earthquake coverage to overland water coverage when it was first introduced in Nova Scotia. Many clients declined the coverage due to minimal experience with extreme weather, but as 1-in-100 weather events increase, “people began to realize they are exposed to flooding and other water perils and are eager to add the coverage regardless of cost.”

If Nova Scotia were to experience a magnitude-5 or 6 earthquake that caused major damage, would it spark more interest in the coverage?

“My conclusion is as long as earthquakes are infrequent, low in magnitude and mainly off the coast, most individuals appear to be willing to accept the risk,” Ezekial said. “As a result, if an earthquake would reoccur with the [strength of the 1929 Grand Banks earthquake, for example], there could be many clients left unprotected.”

The 1929 Grand Banks earthquake was a Magnitude 7.2 earthquake centered in the Atlantic Ocean off the south coast of Newfoundland. The resultant tsunami destroyed many south coastal communities along Newfoundland’s Burin Peninsula.

Amanda Dean, vice president of the Insurance Bureau of Canada, said the issue with earthquakes in the region tends to be the resulting coastal flooding. While earthquake insurance is “very available,” there is little to no uptake, she said Monday.