Will you soon be selling cyber insurance for automated vehicles?

Brokers may wind up selling cyber insurance for automated vehicles by 2040. 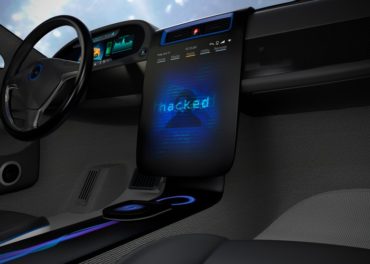 “Cybersecurity is a red-hot topic in the insurance world,” Sami Shaker, a physicist for Kodsi Forensic Engineering, told brokers attending a presentation on automated cars at the 2018 Insurance Brokers Association of Ontario (IBAO) last week. “These cars are going to be connected to the Internet. It is possible to hack these vehicles. You could imagine how your world is going to be with your customers. Maybe in the future, you will be talking about cybersecurity for your vehicle.”

Shaker noted that by 2040, most if not all vehicles on the road will likely be fully autonomous. The mid-way point in the transition from human drivers to fully autonomous drivers is anticipated to be around 2025.

As the transition is made to fully autonomous cars (commonly defined as vehicles that require neither steering wheels nor brakes), the potential for damage caused by hackers increases, Shaker observed.

In his presentation, he showed a YouTube video in which Wired magazine senior writer Andy Greenberg took a white SUV for a spin on the highway while two hackers attacked the vehicle from miles away.

Greenberg knew the hackers would take over the vehicle’s systems in some way, but he was not aware of what they would do. The video cuts from Greenberg in the driver’s seat of the cab of the vehicle to the two hackers, who are seated on a leather couch in the living room of a residence in their T-shirts and jeans, controlling the SUV through their laptops.

Initially, the hackers go easy on Greenberg, starting with mischievous pranks such as turning the radio up loud, putting their pictures up on the dashboard’s monitor, and turning on the wipers and injecting cleaning fluid to clean the windshield. But then things get more serious, as the hackers take control of the brakes and start to slow the Jeep right down in the right-hand lane of the freeway.

“You may need cyber protection for hacking, not only of personal information, but even potentially for terrorist attacks,” Shaker concluded after the video was shown.