Will work automation result in job losses in Canada?

A new survey from Willis Towers Watson (WTW) has found that half of Canadian employers believe that work automation will result in job losses, a finding echoed recently by a Canadian property and casualty insurance executive.

In November 2017, RSA Canada president and CEO Martin Thompson estimated that technological automation will change the composition of Canada’s P&C industry, reducing the workplace by between 30-40% within the next five to 10 years. 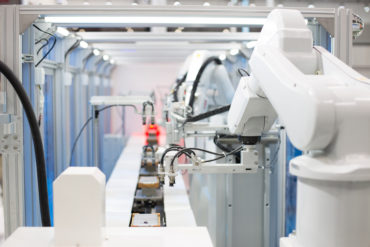 WTW’s Global Future of Work Survey, released on Tuesday, found that roughly half of Canadian employers polled (49%) believed that they will require fewer employees in the next three years as a result of automation, compared with 32% of organizations that say that is true today. The study also found that many respondents are either planning to take action this year or are considering measures to prepare for the future, such as deconstructing jobs and identifying which tasks can be automated (44%) and identifying “reskilling pathways” for talent whose work is being subsumed by automation (56%).

The Global Future of Work Survey involved a total of 909 companies worldwide, including 49 from Canada.

In the insurance industry, Margaret Parent, director of the Insurance Institute of Canada’s professionals division, told Canadian Underwriter last November that “there has been much anticipation that technology will start to eliminate certain roles and that the numbers required in the industry to ‘shuffle paper’ will become redundant.” Thompson said automation would likely affect underwriting and claims roles the most, with professionals in those area applying their skills to resolve more advanced underwriting and adjustment files.

Less than 5% of those polled reported that their human resource functions are “fully prepared” for the changing requirements of digitalization, although, on average, one-third are “somewhat prepared” and have already taken some action to prepare for the future, WTW said in a press release. For example, 36% of companies have taken steps to address talent deficits through workforce planning and actions, while 33% of companies have taken action to identify the emerging skills required for their business; 26% have taken action to match talent to the new work requirements, and 37% have taken action to enable careers based on a “more agile and flattened organization structure.”

On average, Canadian companies expect automation will account for 17% of work being done in the next three years. This compares with 10% of work companies say is being done using artificial intelligence and robotics today, and just 5% three years ago.